‘Photography is an expensive hobby, but it is also rewarding’

January 14, 2022 by Venessa Anthony No Comments

Being a musician Eshantha Perera has had the opportunity to travel all around the country to play. Eventually, on his travels, he developed a love for photography and videography. All these curated photos and videos ended up on his Instagram which now has become a successful travel blog. 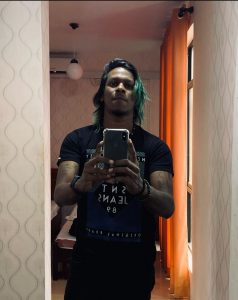 In conversation with him on how his passion for photography came about, he told Brunch that he had an iPod back in 2010, and even back then, it had a good camera since it was an Apple product. “Even then, I instinctively understood what the golden ratio was and other photography rules without actually knowing the theories behind it,” he said.

In 2013, he got himself a hybrid camera and used a Nikon and then a Canon and is now trying to get into Sony. His photography is entirely self-taught, and he tells us that he thinks he’s behind the curve when it comes to technology and equipment, but the practical aspect comes naturally to him.

He also added that equipment is super expensive. “Certain cameras which photographers think are the gospel abroad, cost about Rs. 400,000 here, so it’s very unreasonable to buy it.” He stated that photography is a very expensive hobby, but it is a rewarding one. He has even purchased a drone and is currently experimenting with it as well.

Right now, he told us that travelling was a bit tough because of the Covid-19 pandemic so he has to find the time to travel when he can. We asked him if he was able to do any travelling in 2021, to which he said that he did travel to Nuwara Eliya and was also able to go down south a few times; but not as much as he’d like. 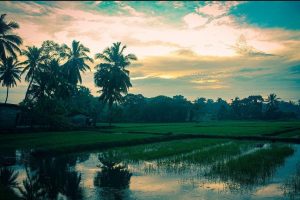 “There are so many areas in Sri Lanka that I want to explore but I haven’t gotten the opportunity. I really want to visit Anuradhapura and Jaffna. There are also places out of Sri Lanka I want to go to,” he explained. 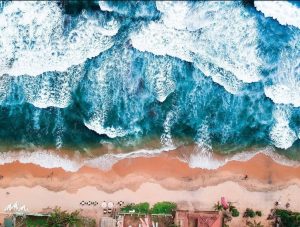 Perera also tied the knot in August last year, so his time was mostly spent running around for wedding errands which left him with hardly any time to travel. He hopes that 2022 will be better and that he’ll be able to satisfy his wanderlust.

When talking about the biggest challenge he faced while running a travel blog in Sri Lanka he told us that he does not yet believe his Instagram to be a blog as his social media is used for photography purely. But he did tell us that the hardest aspect of travelling is time, along with that, you need to have money stored away so you can just get up and leave any time you want. “It’s very difficult if you have a full-time job and have to maintain your responsibilities,” he added.

He did say that one does not need much money to travel as long as they’d have transport. “If you’re okay with shaking it from time to time and not really looking into hotels, you’ll be fine in terms of money,” he observed. 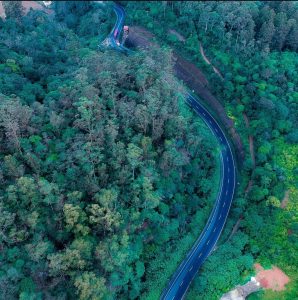 Eventually, he got into the commercial aspect of photography as well – not traditional such as weddings, but food shoots, which stemmed from his love for food, where his creative reign is his forte.

When talking about his plans for the year, he told us that he will be going to Nuwara Eliya again in April. Other than that, he hopes to revisit the UK as he misses it. He also plans to visit Jaffna, despite the long journey, and explore everything Sri Lanka has to offer.

November 15, 2021 byNews Admin No Comments
Colombo is attempting to settle into its old rhythms, albeit cautiously, keeping in mind that we are not out of the woods just yet and the pandemic is very much present. However, living life is a nece