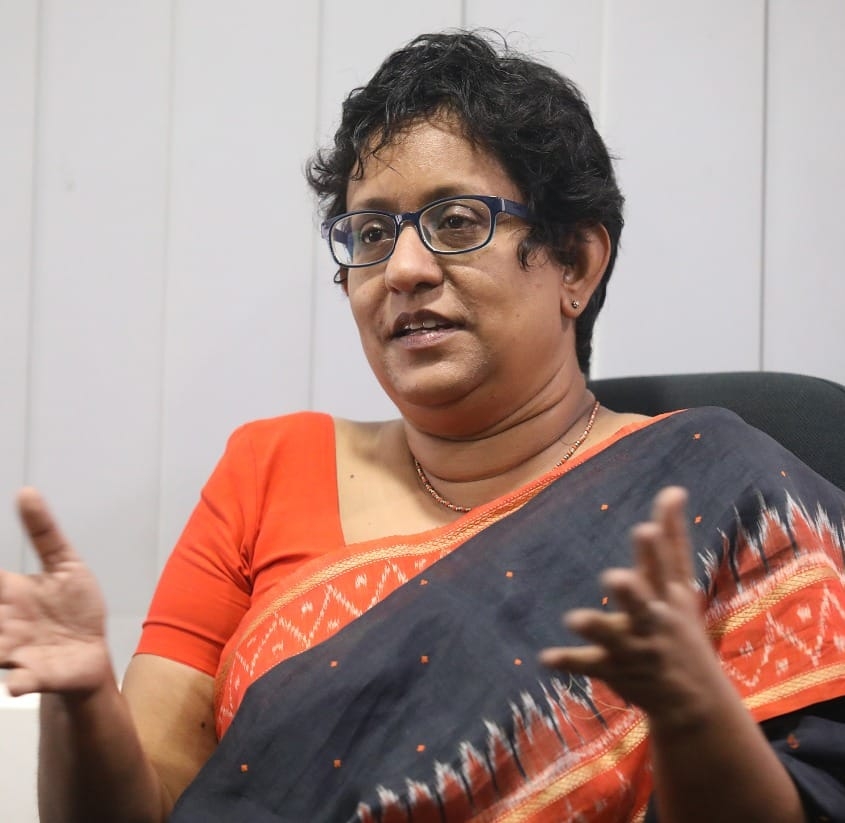 ‘Planning could have cushioned the pandemic’s impact on education’

With the onset of the Covid-19 pandemic, photographs of children in remote villages climbing towers of Internet Service Providers (ISPs) to access online education have been frequent. Fundraisers for mobile phones to enable students to attend online classes and pleas of parents while pawning gold to buy laptops to fulfill their children’s education needs are commonly heard stories now. Clearly, approximately 16 months after the first reported case of the virus in Sri Lanka, the process of education is still not run as smoothly as it should be.

Last week, the Minister of Education Prof. G.L. Pieris claimed that only 12% of the school-going student population has no access to online education. However, the Ceylon Teachers’ Union General Secretary Joseph Stalin claimed that a staggering 60% of the student population has not received education during the past year. Similarly, speaking to us, the Inter-University Student Federation (IUSF) Convenor Wasantha Mudalige shed light on the difficulties that university students face when accessing online education, adding that the start of the monsoon season with increasingly bad weather conditions, has further dampened the situation.

“This crisis is making it evident that only those with socioeconomic privileges can access education and we can see companies profiting from it. The pandemic has shown us even more clearly that certain areas in life, including education, need to be managed outside the logic of the market. The confusion in Sri Lanka is about ownership, and whether it is in the State. When we say certain sectors have to be kept out of the market, it is assumed that it has to be State run. But the bigger argument of keeping it out of the market is that it is not based on the idea of profit. The private sector does not see education as a public good which not only affects the access to it, but also the quality of it. That is why the market logic has no place in this,” said Dr. Amarasuriya.

Dr. Amarasuriya pointed out that these problems are not a result of Covid-19 but instead that Covid-19 exposed the inadequacies that were there in the country’s pre-existing systems, including that of education. The unequal education system has led to an unfair and unequal manner of resource allocation, and Covid-19 has exaggerated these existing inequalities.

She stressed that online education and distance education must not be confused with each other.

She said that better planning could have cushioned the Covid-19 pandemic’s impact on education.

“I believe radio and television have started being used but this should have happened much earlier. All of this requires a plan. When you plan you take into account the groups of people you are trying to serve as well. Not everyone has the same access or same capacity to access the same services. For example, think of children with special needs and how their accessibility needs vary. Instead of relying on one system overnight, a proper plan could have been formulated after taking some time.”

Prof. Pieris said last week that in order to cover the school syllabus online, television programmes such as “Guru Gedara” and “E-Thaksalawa” have been introduced through the Sri Lanka Broadcasting Corporation (SLBC). He further claimed that the virtual classrooms on the “E-Thaksalawa” programme are accessed by around 250,000 people a day. Stalin has criticised the Government’s reliance on online education, stating that political leaders should have been aware that many students, especially in rural areas, do not have a mobile phone. He has instead proposed that the Government primarily use study packs and television for education during the pandemic.

A recent webinar held by the IUSF noted that there is not even a discussion yet about re-opening universities or providing vaccines for the university population, as the Government wants to keep university students at home for political purposes.

“When we asked the Government to reopen universities after the second wave died down, the authorities said there are no proper facilities such as housing. What if the pandemic continues for many more years? There must be more funding and more development for universities now,” said Mudalige.

In this regard, the IUSF has submitted a set of proposals to the Government on the type of short and long-term plans that they are anticipating for the education sector in the country.

Dr. Amarasuriya also highlighted the need for involving university students in the Covid-19 response, in areas such as community outreach, social services, and research.

“Students, families, and lecturers are all also personally affected by the pandemic and have their own responsibilities as well. We have to make allowances for them and redesign the university calendar and accept the fact that there will be delays,” she added.

She further put forth three main recommendations for the education system grappling with the pandemic.

“The most immediate recommendation is to fast track the vaccination programme and get it right, including the lockdown situation, so that we can reopen the schools. There is no shortcut and the priority is to control the spread of the virus. Secondly, we have to stop relying completely on the internet and start using TV and radio as well. Then we have to negotiate with service providers so that students and teachers are not financially burdened by this. Financial burdens should not keep them from accessing education. We had to recognise the limitations of online learning and not force them to carry on with the schedule as normal,” she said.

The Government also stated last week that provincial centres would be established to benefit those students who do not have access to online education. Prof. Pieris has stated that to reopen schools, the Government needs to vaccinate teachers, principals, vice principals, and administrative staff for which 249,613 vaccines are needed.

“This is a highly abnormal situation and it is not how it should be. We should have recognised that at the beginning, acknowledged that, and then adjusted accordingly. We should have taken some time and effort to adjust to the situation at hand. We cannot expect students to go on as normal. We also cannot expect teachers to go on as normal and you cannot just lay the burden on them to somehow figure it out,” Dr. Amarasuriya said of the “new normal”.

Overnight changes to a system as vast as education are bound to be messy. However, with the Covid-19 virus having now been in our lives for nearly one and a half years, it is time for the Government to ensure the delivery of education to all students with minimal interruption or drop in quality. To successfully achieve this in a country where internet access is still largely unavailable in rural areas, the Government needs to focus on distance education with an understanding that online education is only one aspect of it.

February 14, 2019 byEaswaran No Comments
Prime Minister Ranil Wickremesinghe today assured Tamils in Jaffna that all their concerns will be addressed.