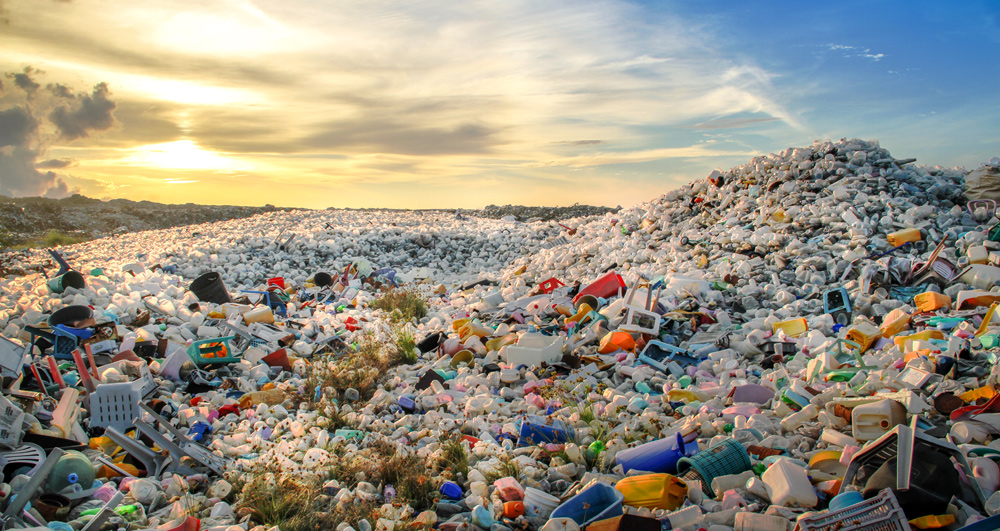 Valuable resources are extracted every day to develop convenient products such as bottles, containers, and more. As the extraction of virgin resources rapidly depletes the availability of such, it is high time a sustainable alternative is fetched to ensure longevity and liveability for future generations.

With the prices for virgin material on the rise, the alternative, which is waste that can be recycled, is staring at us from the roadsides, canals, and landfills. If we collect and recycle the waste plastic bottles around our island, the need to import approximately 1,000-1,300 tonnes of polyethylene terephthalate (PET) every month would significantly reduce and also help revive the environment and economy.

Sixty percent of the monthly PET plastic in Sri Lanka is circulated within the Western Province. Unless measures are taken to collect and dispose of waste plastic effectively, the requirement to import plastic will continue to rise, and the potential for a resilient circular economy and improved livelihoods in the recycling sector will eventually disappear.

One of the easiest solutions is to bring plastic back into the system and recycle it to produce a bottle again. But that’s hardly a reality. Why? Sri Lanka doesn’t legally allow recycled content in food-grade manufacturing.

According to the Extraordinary Gazette Notification No. 1160/30, dated 29 June 2010, “any food in any package, appliance, container, or vessel that has been made from recycled plastic” is prohibited. Thus, there is a fear around using recycled plastic in food-grade packaging in terms of quality and the impact on the health of the end consumer.

However, around the world, countries are embracing this concept, committing to world-class standards and implementing the bottle-to-bottle concept to efficiently curb plastic waste pollution, while also giving back to their economy and local communities. Developed and developing economies such as the US, Canada, Europe, Brazil, Bangladesh, and Nigeria allow recycled PET in food-grade packaging, which scales down on the use of virgin resin in manufacturing.

For example, the level of PET bottle recycling in Japan is one of the highest in the world, and this was made possible by the Containers and Packaging Recycling Act (1995) that was implemented to promote the segregated collection and recycling of containers and packaging waste. The Government of Japan designates three types of recycling processes: Material, chemical, and thermal recycling. PET plastics fall under the “material” category, where PET bottles are made into new PET products.

In Indonesia, Coca-Cola plans to set up a new recycling facility, which will help eliminate the use of virgin plastic. The facility will house a bottle-to-bottle grade PET recycling facility where the use of recycled plastic could reduce the amount of new plastic resin the company uses by an estimated 25,000 tonnes each year. Through this venture, Coca-Cola hopes to play a critical role in supporting Indonesia’s plastic waste management issue, while creating an impact on the country’s circular economy as well.

Moreover, in evident efforts to save foreign exchange and successfully battle against the war of pollution, the bottle-to-bottle concept is approved in many countries. The case in Sri Lanka should be no different. As this concept is also approved by the US Food and Drug Administration (FDA), Lankan authorities should follow suit and save valuable foreign exchange by converting waste PET back to a bottle. Currently, Sri Lanka spends up to $ 1,550 per tonne per month in foreign reserves for the importation of PET plastic.

Additionally, recycling PET bottles to their original form can be done more than seven to eight times, where the process is much more affordable and less harmful to the environment, as PET plastics produce three times less CO2 in production when compared to an alternative material such as glass.

Using modern and advanced machinery in the recycling process, the intrinsic viscosity (IV) level – which is the strength of a bottle – will not only be kept stable, but will increase as well.

So if the underlying benefits are clear and extremely advantageous to all Sri Lankans, why hasn’t this concept been implemented?

In a holistic point of view, one of the biggest issues in Sri Lanka’s waste management system is the poor implementation of proper waste collection. From rural households to the urban west to the authoritative bodies in the country, a responsibility to segregate and dispose of plastic waste appropriately must be indoctrinated.

Primarily, every household should ideally have four separate designated bins to collect organic waste, paper waste, glass and metal waste, and plastic waste. This way, collectors can collect the less contaminated plastics and give it to recyclers.

In Japan, households are encouraged to sort their waste at home as they are provided with specific containers for PET bottles, PS foam containers, and PP bottle caps separately, instead of mixing them with other plastics. They are further encouraged to utilise segregated disposal methods such as PET bottle shredders provided at supermarkets for consumers to dispose of their used PET bottles, after which they can collect store credit or shopping tokens. Japan’s impressively high plastic recycling rate is owed to its local government’s sorting rules, which are some of the strictest in the world.

In Sri Lanka, most people look up to the government to address this issue, but truth be told, the infrastructure and practices in place are outdated and inefficient. In essence, the local government’s policy decisions in the waste management and recycling arenas have been extreme, often overlooking the long-term economic and environmental benefits that could be availed, in favour of an “easy-fix” ban.

Local authorities are also a key stakeholder in ensuring a proper and efficient waste segregation and management system. Their support in raising awareness and imposing strict rules and penalties to maintain proper waste segregation will not only empower the local recycling industry, but will also reflect well as people now want to recycle. But the issue prevails in collection efforts.

Therefore, it is vital that the local communities and the Government take a strong stance in handling the country’s waste management issue, as the long-term economic and environmental benefits definitively outweigh the complications and issues created by either neglecting the concerns in the local waste management and recycling sector, or simply chucking the problem under the rug with another “ban”. It is critical that waste management efforts are strengthened so that waste plastic makes its way into the recycling economy. An easy solution to the plastic waste issue is also to have plastic go back into the system. However, this is currently prohibited in the country as it has been gazetted as mentioned above. Allowing recycled material to be used in food-grade packaging will further increase the demand for plastic recycling, a critical priority in our island nation.

(The writer is the Chairman at CMC Engineering Export GmbH, a member of the Melchers Group, engaged in importing an extensive range of technical products from quality suppliers from Europe and Asia, and is also a Past President of the Institute of Packaging)

This announcement was made by State Minister of Production, Supply and Regulat

Over 10,000 tourists in SL registered with SLTDA

May 7, 2020 byTSM Web Desk No Comments
Over 10,000 foreign tourists still in Sri Lanka have been registered with the Sri Lanka Tourism Development Authority (SLTDA).