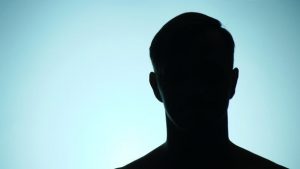 The shady player-manager mafia, which has been making use of the national cricketers for their own selfish financial benefit, has been unrelenting even at a time the national white-ball team is trying to slowly come out of its long-running predicament.

One of the leading such player managers, who was known for taking 10% commission from the first edition of the Lanka Premier League (LPL) last year from many of his ‘clients’, still tries to force his players into the Sri Lanka eleven during the ongoing India series even by personally contacting the leading members of the Sri Lanka team coaching staff, the Morning Sports reliably learnt on Tuesday (27).

“This has become an utter nuisance. We were compelled to leave out a promising all-rounder from the second T20I against India solely due to such influence coming from his manager,” a highly-laced source in the current Sri Lanka team said. “We actually wanted to play him but we decided against it for his manager’s influence,” the source confirmed.

Player-managing is one thing. But influencing national selection is tantamount to toying with national interests for your selfish gains. No other cricketing nation will ever tolerate such a shallow, damaging act.

It is time that the authorities, including Sri Lanka Cricket (SLC), save the system from this undue influence where a couple player managers try to take the national team under their control by cunning means.

The Sri Lanka cricket team is NOT a part of anyone’s private business property but one that has to serve the interests of 21 million people in this country.

Wallabies get double over Springboks