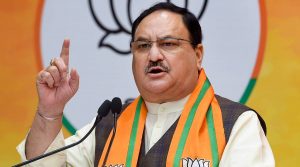 According to ANI News, Nadda has said this while speaking at a public meeting at Modakurichi in Erode today.

“Eleven medical colleges have been given to Tamil Nadu, the highest number in the nation,” he added.

February 8, 2021 byMihi Perera No Comments
A total of 300,000 doses of Sinopharm anti-COVID vaccine are expected to be given to Sri Lanka by the Chinese Government this week, stated State Minister Channa Jayasumana.