The Prime Minister’s office has requested Ududumbara Kashyapa Thera to point out the sections that were harmful to the country in the MCC agreement and to submit required amendments.

Senior Advisor to the Prime Minister Charitha Ratwatte made this request in a formal letter to the Thera today. Ratwatte has also forwarded  a copy of the MCC agreement for the Thera’s perusal.

However, the Thera called off his fast unto death strike today, upon the receipt of letters from the Premier and the two presidential front-runners Gotabaya Rajapaksa and Sajith Premadasa.

The Premier, Rajapaksa and Premadasa have assured that the MCC agreement will not signed before the Presidential polls.

The letter has been reproduced below; 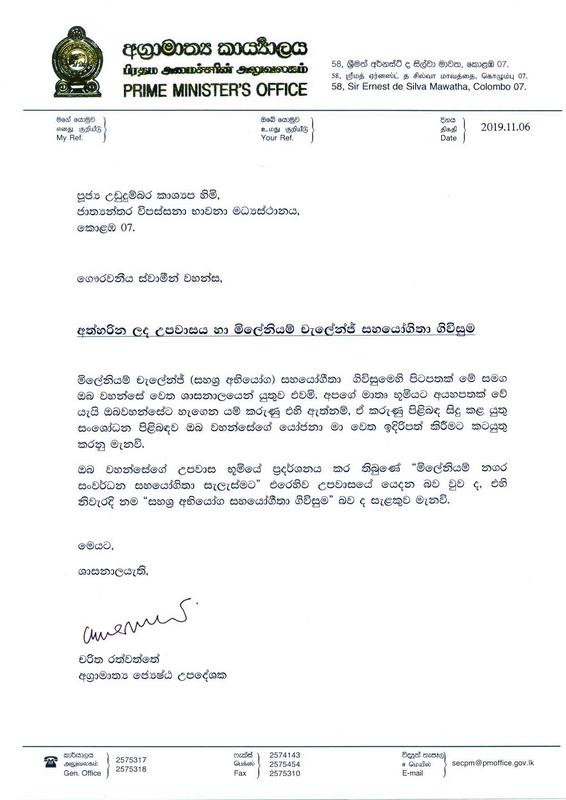 June 2, 2022 byRuwani Fonseka No Comments
The Chairman of the COPE, Prof. Charitha Herath, has recommended that action be taken to resolve the drug shortage in the country as soon as possible using Indian credit loan assistance and other cred

August 30, 2020 bythemorningeditor1 liberty No Comments
The RDA is to finalise the awarding of the construction contract for the long-delayed Sections III and IV of the Central Expressway Project