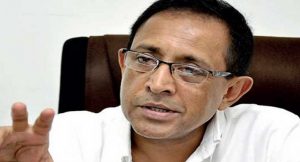 Hashim said majority of the Cabinet ministers present at the cabinet meeting objected to the proposal.

He said the move to abolish the Executive Presidency at a time when presidential elections have been declared was not the best course of action.

A special Cabinet meeting was called today following a meeting between President Maithripala Sirisena and Prime Minister Ranil Wickremesinghe in the morning today.

Meanwhile on a twitter message today Minister Harin Fernando said a group led by Sajith Premadasa informed Wickremesinghe that any move to abolish the Executive Presidency should happen after the Presidential Elections.

Fernando said Wickremesinghe’s move to abolish the Executive Presidency was”not correct” at a moment when elections have been declared.

Leader of the Democratic People’s Front and Tamil Progressive Alliance, Mano Ganesan taking to his Twitter handle, said it was unanimously decided that abolishing the Executive Presidency will not be taken up “now” as the Elections Commission had already gazetted the presidential elections.

“Vast majority of govt ministers declared that “we will go for presidential elections and WIN” Ganesan said.

We have objected to any move to abolish the Executive Presidency. Group led by Sajith Premadasa informed PM that at the pre cabinet that any move on this should happen after the Presidential Election. After a president election being called abolishing of it is not correct

June 8, 2020 byTSM Web Desk No Comments
The Department of Police has drawn attention from the public for assaulting and detaining an autistic child and then apprehending a minor until the minor’s father (suspect) arrived at the police stati

Bevacizumab shortage: Vital cancer drug to be imported in a week