Poet produced in court without lawyer 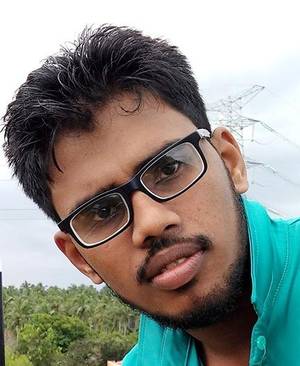 Attorney-at-Law (AAL) Sanjaya Wilson Jayasekera, the lawyer of detained poet Ahnaf Jazeem, has claimed that the Terrorism Investigation Division (TID) produced the poet in court on 12 June without informing the lawyer, depriving the lawyer of an opportunity to make any submissions before the court in Jazeem’s defence.

Jazeem was produced at the Colombo Magistrate’s Court on 12 June, but Jayasekera said he was not communicated the court hearing date beforehand and was only informed about Jazeem’s appearance in court when he had inquired about it.

Speaking to The Morning, Jayasekera said that although Jazeem’s father had called the Tangalle Detention Centre on 12 June, where Jazeem was previously held, it had not been communicated to him that Jazeem had been brought to Colombo to be produced before the court.

When Jayasekera had contacted the TID yesterday (14) morning, they had informed him that Jazeem had been brought to Colombo on 11 June and produced before the Colombo Magistrate’s Court the following day under Section 8(2) of the Prevention of Terrorism (Temporary Provisions) Act (PTA).

Jayasekera further added that the non-communication of the court date to the lawyers or the family prior to Jazeem being produced in court is unacceptable.

Currently, Jazeem is being held at the Colombo Remand Prison and will be produced before Court again on 22 June.

Jazeem was arrested in connection to his Tamil language poetry anthology, titled Navarasam (Nine Emotions), which the authorities have alleged promoted “extremist” ideology. However, Tamil language Prof. Macbool Ali Mohammed Nuhman has been quoted as stating: “There are several poems against extremism, violence, and war in this collection.”

A number of local and international organisations, including Amnesty International, have condemned this arbitrary arrest and called for the poet’s immediate release.

A resolution adopted by the EU Parliament last Thursday (10) stated that it is gravely concerned about the arbitrary arrests and detention under Sri Lanka’s PTA without due process and access to justice of various civil society actors, including lawyer Hejaaz Hizbullah, poet Jazeem, and former Criminal Investigation Department (CID) Director Shani Abeysekera.