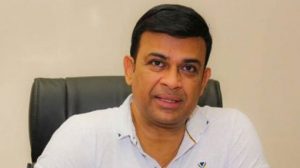 The Police are carrying out a raid at the Madiwela residence of UNP Parliamentarian Ranjan Ramanayake.

Ramanayake in a twitter message a short-while ago said the police are carrying out a raid based on a warrant which does not mention a reason.

Reportedly the search warrant has been obtained from Nugegoda Magistrate’s Court.

“Police are searching my house now with a search warrant which doesn’t mention a reason. I have not done any crime but in case I get arrested, I will go to prison not to hospital. I am in good health and ready to face any repercussion for speaking the truth,” Ramanayake’s twitter message read.

Commenting on the raid, former Minister Eran Wickramaratne said, “the continuing trend of using police force to further political agenda is abhorrent and must be stopped.”

July 26, 2021 byMihi Perera No Comments
The Ministry of Education has decided to postpone the GCE Ordinary Level Examination for the year 2021.

July 9, 2022 byAazam Ameen No Comments
Protesters stormed the Presidential Secretariat premises a short while ago.