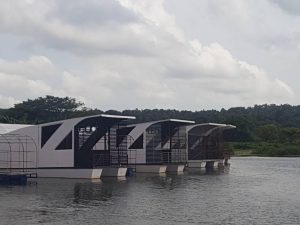 Speaking to The Sunday Morning Business, Perera accused the former MP of creating issues with the development in order to garner bribes.

He explained that Herath was retaliating as he (Perera) did not support Herath’s campaign and refused to give money to his supporters.

“I am a huge supporter of the Sri Lanka Podujana Peramuna (SLPP), through which he contests, but I did not help his campaign. Because of this, he is creating issues pertaining to the development of our resort.”

The Bolagala Floating Resort is being built on 13 acres of land which was formerly used for clay mining by the Geological Survey and Mines Bureau (GSMB), and has since been filled with water. This land is part of a larger 200 acre abandoned clay mining site.

Perera stated that the first issue Herath brought up was that the water body would lose water due to the ongoing development. In response, Perera had shown him a report from the Water Board, which stated that if the 13 acres did in fact fill up with water, it would act as a lake, sending excess water to the village.

After this, Herath had insinuated that he expected something in the form of a personal favour, Perera said, which he refused to provide.

“When I did this, they realised that I was ready to do public work, despite refusing to pay a bribe. So then, they brought up another issue about a playground. This time, I realised they were coming back for money.”

Perera claimed that Herath had called several authorities and asked them not to issue any licenses or renew any old licenses for the resort development. 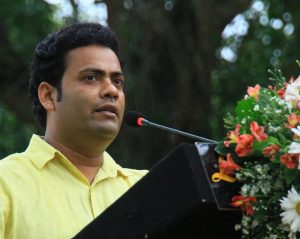 However, Perera stated that he had already got the licenses from all the necessary institutions, including the Water Board, Central Environmental Authority (CEA), the Tourist Board, Urban Development Authority (UDA), and the Department of Agrarian Development.

Perera then continued with the development of the resort. However, a new issue was brought forward by Herath – that a part of this plot of land was owned by the LRC (Land Reform Commission).

Perera then claimed that upon exploring the issue, he learned that the LRC had measured the land and ascertained that the properties Herath referred to were handed over to the LRC in another village called Halpe, not Bolagala.

Finally, Perera stated that a court case was filed against the development of the resort. However, the court had given him permission to carry on with the development work.

Perera stated that following all these issues, he reached out to the Ministry of Defence Secretary, who had informed him to wait until after the election to take appropriate action.

Perera shared that the Government has been very supportive of this initiative; it even extended a donation of Rs. 8 million from the World Bank, picking this project out of 2,750 others.

The Sunday Morning Business then spoke to former MP Herath. He stated that the allegations made by Perera against him are false. Herath then accused Perera of using the hotel as a front to dig up clay.

He shared that this property had been at the development stage for the last four to five years, and had not brought in any tourists. He claimed that Perera’s activities involving the mining of clay in the region have already been proven, and shared that he has evidence to support it.

Due to this, the former MP stated that he has suspended the license issued for the development by the GSMB.

“They have not brought in any tourists, and instead he is taking out resources from the land and selling it. We do not care about what he does with the land, as long as it does not impact the village negatively.”

He stated that the development is going to lead to the loss of water from the lake, and that it is also on an LRC property of the Government, which the courts have said need to be surveyed and demarcated. Herath stated that Perera had not demarcated the land, and had encroached on land that included a government-funded public well and ground.

“We only asked them to correct these things, and did not ask for any type of bribes. If he can prove that we did, I will agree to any of his terms. But now, he is lying to the media, and I will take action via the law.” 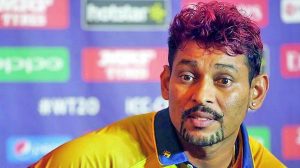 Herath stated that due to this property development project, the villagers had to refrain from using a 10 acre paddy field that was close to the site, which they had recently restored after being barren for over 40 years.

When asked about the water tank Perera had built, Herath pointed out that the tank was not functional yet, and that it was the least he could do, considering all the negative impacts of the project.

“He boasted in front of the media for having spent Rs. 500 million on the project, but spent less than Rs. 1 million on a public water tank that is not even completed.”

According to Herath, Perera already owns a clay mine, which was mined by his forefathers, measuring 10 acres right next to his home; this land would be perfect for this resort. However, as that mine has run out of sand and clay, Perera had come to this 200 acre lake to strip it of its clay, Herath alleged.

“I work for the people of this village, not some entrepreneur; if they tell me to allow this hotel to be built because it would provide them with jobs, and that they do not mind running out of drinking water, I will adjust the environment accordingly to accommodate the hotel. But I will not take the side of someone who is misleading the people.”

The Bolagala Floating Resort will also house Sri Lanka’s first floating greenhouse and is set to be completed in December this year. It will initially house 30 rooms, after which it will be expanded to accommodate 20 additional rooms.