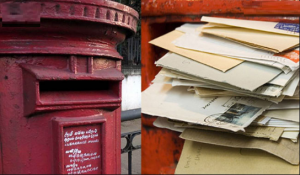 It was noted that the Postal Department earns over Rs. 08 billion annually. The production cost stands 14 billion rupees. It was revealed that there is an annual loss of Rs. 06 billion.

This observation was made yesterday (29) at a discussion held at the Presidential Secretariat on the future plans of the State Ministry of Postal Services and Journalism.

“If the scope of services is identified, the post office could be a major player in the national economy. The possibility of making the post office profitable by introducing new services and utilizing high technology was discussed at length,” the President pointed out.

Basil Rajapaksa, Chief of the Presidential Task Force on Economic Revival, commended the Department of Posts for its home delivery of medicines from hospitals and pharmacies during the period when the country was closed due to the COVID-19 pandemic. He said that by further acceleration of the Speed Post service, a large number of clients could be attracted.

In addition, with the assistance of the Ministry of Tourism, the old post office buildings in many districts of the country can be turned into tourist attractions. It was decided to renovate the old Central Post Office building in Colombo Fort while preserving its antiquity.

May 25, 2021 byNews Admin No Comments
The Free Trade Zones and General Services Employees Union (FTZGSEU) has alleged that the negligence of the employers and the inaction of the Department of Labour has led to the large number of workers

May 3, 2019 byRandev No Comments
The ongoing extensive search operations by the military and Police personnel across the country has resulted in the recovery of several items belonging to National Thowheed  Jamath (NTJ).