October 26, 2021 by Venessa Anthony No Comments

After many successful years in the Tamil music industry, he went on to write a promotional song for the upcoming Tamil movie Annaatthe starring South Indian cinema megastar Rajinikanth and Nayanathara. The song, titled Vararu Vararu Annaatthe features three other Sri Lankan artists; Krishan Maheson and Roja Sivankar who sang it, and Kandappu Jeyanthan who composed the song. Upon its release, the song was well received by the fans. 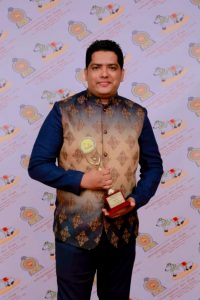 Classical poet, lyricist, and TV anchor Pottuvil Asmin at the State Awards in 2019

Asmin discovered his passion for the field of written arts when he was studying for his Advanced Level (A/Ls) exam, upon taking part in a poetry competition and winning it.

In fact, his first book, named Vidai Thedum Vinakkal was launched in 2001 when he was sitting for A/Ls. Following the first launch, an anthology, titled Vidiyalin  Ragangal was published in 2002. Then the third collection, named Pambugal Kulikkum Nadhi was launched in 2013. Asmin described breaking into the Indian cinema industry as a lyricist was the biggest challenge he had to face throughout his 25-plus year long career.

Since then, he has gone on to write lyrics for many songs, including a song of condolence, Vaane Idinthethamma versed to the late Chief Minister Jayalalitha, which brought great fame and a warm welcome among the Tamil world.

Asmin, after graduating in the the field of media studies at the University of Colombo, obtained a special training on the production of TV programmes, direction, and marketing of documentaries by receiving a scholarship from the Chinese Government. His programme Thoovanam, telecast on Vasantham TV has received the outstanding award three times in the National Film Festival for being the best magazine programme.

Furthermore, he told us that another momentous occasion for him was when he was honoured with the Award of International “Kaviyarasu” Kannadasan by the Ministry of Arts and Cultural affairs of Cambodia in the International Poet’s Convention, held in Cambodia in 2019. 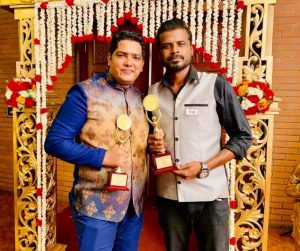 Speaking to Asmin on what inspired him to create the song, he commented that there was one particular Rajinikanth movie in 2014, where the opening song did not do so well, and wasn’t well received by his audience. “The most well known aspect about a movie by Rajinikanth is the opening song that plays when the hero enters and is introduced and It is generally the best song of the movie,” he explained. He added that generally, it is loved by Rajinikanth’s audience, but this song was not a hit.

He decided to share a post on Facebook saying: “If I had written the opening song, this is how I would have done it,” with a video of a potential song attached. After that, his version of the song took off and became a hit. He told us that an Indian producer even approached him upon seeing this song and gave him the opportunity to write a song for an Indian movie. “He granted me a payment of over Indian Rs. 100,000 and told me that only famous Indian lyricists receive this amount of money, but because of my talent, I’m being given the same amount.” 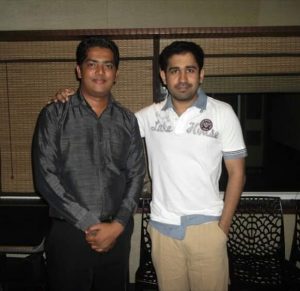 This song, too, became a viral hit in the Kollywood industry, which is how he was inspired to create a promotional song for the movie Annaaththe as well.

Sharing the message behind the lyrics, Asmin commented that it is one of heroism and resilience. “From his first movie, Rajinikanth created high expectations for his opening songs, where the hero of the movie is introduced,” he added. The song talks about freeing slaves and destroying people that are high and mighty by eradicating evil. The hero aims to take the world by surprise and do something great for society. The lyrics, Asmin explained, talks about how the hero cannot be fooled or bought by rich people so they can use him to do their bidding. It’s a message of thwarting capitalism and giving the poor a sense of equality and justice.

The Annaatthe movie release, which was postponed several times due to the ongoing Covid-19 pandemic, is scheduled on 4 November, to coincide with the Diwali festival. The movie will feature a story of a brother and depict the bond and relationship between him and his sisters.

Jetwing Hotels brings on the festivities

December 17, 2020 byNethmi Liyanapathirana No Comments
December was the season of travel; one would go out and enjoy the festive holidays, but such is no longer the case. So, in such a situation, how does one enjoy the holidays?

‘I suffered a miscarriage, and I am grieving’

September 5, 2021 byNews Admin No Comments
A miscarriage, medically referred to as a “spontaneous abortion” or “pregnancy loss”, is when an embryo or foetus dies before the 20th week of pregnancy, i.e. a miscarriage usually happens in the earl