Pramodya answers his critics – Somebody had to make that move 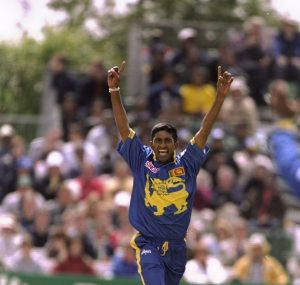 It’s not a new team. It’s a combination of young and old, explains Chairman of National Selectors Pramodya Wickramasinghe who now bear the brunt of the criticism for the loss the Lankans suffered in Dhaka this week

* Criticism is no problem

* This is not an entirely new side

The two consecutive defeats in the first two ODIs in Bangladesh this week and the resultant first-ever series loss against the opposition have made Pramodya Wickramasinghe the sole culprit.

His “youth policy” has backfired, his critics say, citing that the Sri Lankan batting line-up in those two games quite starkly lacked any application and much-needed experience. Therefore Wickramasinghe has to be responsible for the defeat for he is the one who dropped Sri Lanka’s veteran senior players only to beget the unprecedented humiliation, they argue.

Here is Chairman of Natioanl Cricket Selectors Pramodya Wickramasinghe responding to those views that have stemmed from this week’s “Dhaka debacle”.

Mix of youth and experienced

“In fact we expected this kind of criticism before taking over this job,” Wickramasinghe told The Morning Sports on Wednesday (26).

“I will first answer the criticism of not having the experienced players in the side. Out of the eleven that played in the first two games in Bangladesh, at least seven have been playing since 2015. If you are to see players such as Kusal Perera, Danushka Gunathilaka, Kusal Mendis, Dhananjaya de Silva, Dasun Shanaka, Dushmantha Chameera, and Isuru Udana, they are not newcomers,” Wickramasinghe explained.

“This is only a mix of young and experience. It is not an entirely new side.”

“Those players have a considerable amount of experience. They are not newcomers anyway. What I can say is that we picked the present squad with a view to moving forward from here,” he added.

Wickramasinghe indicates that his committee, also comprising Hemantha Wickramaratne and Romesh Kaluwitharana, have set their sights on a long-term plan.

“Who we played in Bangladesh is the cream of the current crop of players in Sri Lanka. One day, we would’ve had to give them that opportunity. Somebody has to do it. Without doing so, you can’t think of any future. Our main target is the 2023 World Cup,” he added.

Where we are actually standing

“I have not told the senior player that their time is over or that they are out of selection in the future. I haven’t said such a thing to either Dimuth (Karunaratne) or Angelo (Mathews) or any other senior player who was not picked for Bangladesh. What I have tried to explain them was our vision and our plan for the future and how they are going to fix into that plan,” Wickramasinghe further explained.

“We have given the opportunity to a few promising newcomers in the midst of more than six, seven seniors. I think, now we can understand quite accurately where we are standing right now. We can also understand what we have to do to move forward from here,” he said.

Criticism is not a problem

“You can’t justify the argument that we have to continue with the same set of players on and on. That too at a time when Sri Lankan are lagging in the bottom of the rankings across all formats,” he further argued.

“That’s why we need to make start. Someone actually had to make that start. We have made that start now. I know that this team will pick up at any moment. That’s how it works in all other context,” said Wickramasinghe.

“If we are to start something afresh, we have to expect a huge opposition, particularly in the social media. We came here to work after knowing that fact pretty well. Criticism is not a problem at all.”

Michael Carberry: I have no respect for Oliver Dowden’s comments about Ollie Robinson Tweets

September 18, 2018 byRevatha No Comments
After the tournament-ending loss to Afghanistan in the Asia Cup 2018, Angelo Mathews rued the errors of the Sri Lankan batsmen