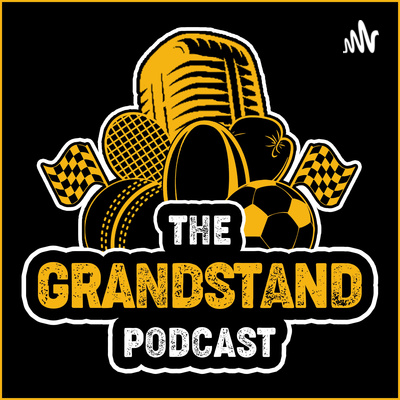 With the 2021/22 Premier League season already underway this year, fans from all corners of the top six bracket have assembled together at the GrandStand Podcast in order to discuss the start of the season and what the future holds for their teams. In this episode, we are joined by our usual hosts, along with guest stars Enosh and Sandaru who support Tottenham Hotspur and Liverpool, respectively, to help bolster the discussion for this episode.

Take a quick look at some of the key talking points you can expect to see in the episode and be sure to use the links provided if you want to catch the full episode with the analysis from the GrandStand Podcast.

A hopeful year or the same old story for Spurs?

Enosh, our resident Spurs fan, expressed ambivalence towards the question that this might be a promising year for Tottenham Hotspur. The failed transfer of Harry Kane to Manchester City is still a key talking point amongst Spurs fans, but Enosh himself insists that it would have been a win-win situation regardless if Kane went or stayed. The England Captain is still one of the best strikers in the world and his team haven’t required his goalscoring contributions as of yet, racking in three wins out of three at the start of the season. But given Tottenham’s history with failing to capitalise on early success, does Enosh believe his side has what it takes to finally win trophies this year?

Arteta – the captain of a sinking ship?

“Pessimism is the problem with Arteta’s playing style” was a quote made by Arsenal’s representative Shavin in last week’s episode. It has been a catastrophic start for Arsenal, and hungry wolves are beginning to circle around Arteta as he frantically looks around for answers to his club’s problems in recent months. Shavin expressed that Arsenal is a team lacking creativity and assertiveness, which is a problem that might require the expertise of Martin Odegaard in order for them to fix it. But with time running out and the prospect of Antonio Conte waiting around the corner, you have to ask Shavin and other Arsenal fans: How much faith do you have left in Arteta to turn the situation around?

The jury is out on Pep Guardiola and Manchester City

Despite being immensely successful in the domestic league and the local cup competitions within England, Pep Guardiola still has not managed to lay his hands on the elusive Champions League trophy that both he and his team have sought winning for many years. Having spent close to a billion pounds at Manchester City during his managerial tenure, the GrandStand Podcast discusses as to whether or not this is the do or die season for the Spanish manager to win the Champions League trophy this year.

Ronaldo – the final piece of the puzzle needed for Man United?

The sudden return of Cristiano Ronaldo to the Premier League has left many, including our hosts over at the GrandStand Podcast, in shock and awe. The move was so unprecedented that the hosts of the GrandStand Podcast had to edit out parts of the latest release because it was still believed at the time that Ronaldo was going to stage a surprising move to United’s local rivals, Manchester City. Regardless, Ronaldo has returned to Old Trafford, and the question remains: Is it enough for Manchester United to win silverware? The GrandStand Podcast dabbles over whether Ronaldo’s brilliance can make up for United’s woes in midfield, as they analyse just how strong of an impact the 36 year old can have at his age in the Premier League.

The insatiable and reinvigorated side under Thomas Tuchel

Thomas Tuchel’s Chelsea team have certainly generated a fearsome reputation for themselves, as evidenced by the reaction that Enosh made when they were discussing the Blues over in the latest episode. In addition to the current squad of Champions League winners, Chelsea have been handed further reinforcements in the form of Romelu Lukaku and Saúl Ñíguez. With squad depth rivalling that of Manchester City, the GrandStand Podcast discusses as to whether there is hope for any team in standing against this fearful London side in the season ahead.

Episode 13 of the GrandStand Podcast

If you want to listen in to all these talking points and hear what the GrandStand Podcast also has to say about Liverpool, Leicester City, and West Ham, then be sure to use the link down below so that you can watch the full 82-minute episode and stay up to speed with the latest content on the Premier League and other sports-related news.

August 23, 2021 byPavani Jayasinghe Munagamage No Comments
Meet Seheni Kariyawasam, everyone! Seheni is currently in the US, as she is starting her bachelor’s degree in Mechanical Engineering at Boston University. She is currently focusing on her degree, but

The allure of blue holes

June 5, 2022 byPavani Jayasinghe Munagamage No Comments
Since reading an article in a National Geographic magazine many years ago, I have always found blue holes beautiful, mysterious, and fascinating. Blue holes are massive, submerged sinkholes that are o