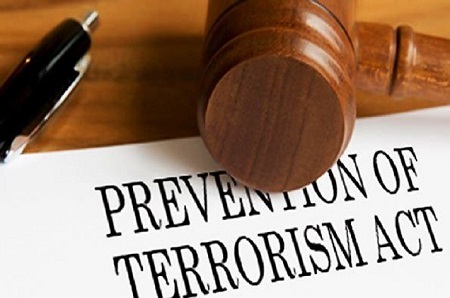 While expressing deep concern over Sri Lanka’s “alarming path towards the recurrence of grave human rights violations”, the European Parliament recently drew attention through a resolution on 10 June for the revoking of the country’s Prevention of Terrorism Act (PTA).

The European Parliament also requested the European Union (EU) to initiate a procedure for the temporary withdrawal of Sri Lanka’s Generalised Scheme of Preferences Plus (GSP+) status and the benefits associated with it.

Pressure seems to be mounting on the Sri Lankan Government, with international partners continuing to express concerns over its decision-making process. According to the European Parliament’s view, the state of human rights in Sri Lanka has allegedly been gradually weakening, with limited progress being shown.

It also highlighted and stated concerns over the accelerating militarisation of civilian governmental functions, the reversal of important constitutional safeguards, political obstruction of accountability, exclusionary rhetoric, intimidation of civil society, and the use of anti-terrorism laws.

Responding to The Sunday Morning query on revisiting present provisions in the PTA, Justice Minister Ali Sabry PC said that the three relevant ministers – Defence, Foreign, and Justice – are contemplating a revisit of the provisions in the PTA by appointing an expert committee.

Meanwhile, releasing a statement last Monday (14), the Foreign Ministry stated that the Government is in the process of considering the existing provisions of the PTA, in keeping with its commitments, and this has been communicated to the EU.

According to the statement: “The Government is studying existing legislation to propose necessary amendments, and will also draw on international best practices adopted by other jurisdictions.”

The Foreign Ministry further added that the European Parliament’s resolution contains factual inaccuracies, while stating that the Sri Lankan Government’s stance is to reject the claims that the PTA has been systematically used for arbitrary arrests and the detention of Muslims or other minority groups in Sri Lanka.

Speaking to The Sunday Morning, Bar Association of Sri Lanka (BASL) Ex-Co Member Attorney-at-Law Upul Kumarapperuma said that the main issues within the PTA arise from its prevention and bail provisions.

“The PTA came to effect in 1979 and during that time, it was known as the Prevention of Terrorism (Temporary Provisions) Act. Even from the beginning, it has been known as a draconian law, and I think no one challenged the constitutionality of the Act at that time. There was no reference to that effect,” he said.

Citing the provisions from the Act, Kumarapperuma said according to Section 9 of the PTA, the Defence Minister has the power to issue detention orders of up to 180 days, while Section 10 of the Act states the detention order is final and could not be challenged in any court.

“Throughout Sri Lankan history and even now, the President holds the position of Defence Minister. Until the 19th Amendment to the Constitution came into force, there were no provisions in the main law to challenge the President’s actions, since he had immunity. The legality of the President’s orders has never been challenged, and the extending or revoking of the detention order is mainly in the hands of the President.”

Explaining further, he said that according to the law, if a particular case relies on a confession, there is a common legal principle that the confession should be recorded and there has to be a test of voluntariness with regard to the confession.

“It is known as a ‘voir dire’ inquiry, which is generally denoted as a ‘trial within a trial’. It is a hearing in which a court determines questions of fact and law after hearing evidence from witnesses,” he said.

However, according to the PTA, the burden of proof regarding the voluntariness falls on the defence party, not the prosecution, Kumarapperuma said.

Kumarapperuma added that the most crucial issue with the PTA is that the prosecution could raise charges against a third person based on a confession, if this third person is implicated via said confession.

Taking the matter of prominent Human Rights Attorney Hejaaz Hizbullah into consideration, Kumarapperuma said that there are certain allegations against the Criminal Investigation Department (CID) that people have been forced to provide false confessions against Hizbullah.

Recently, two fundamental rights petitions were filed on behalf of two teachers of the Al-Zuhriya Arabic College, charging that the two teachers were coerced by the CID to implicate Attorney Hizbullah.

Accordingly, on 9 June, when the two petitions were brought before the Supreme Court, M.A. Sumanthiran PC informed the court that during a consultation held in attendance of two CID officers who had an audio recording device, the two teachers had told their Attorney Erik Balasoooriya that the CID officers had promised them leniency if they implicated Hizbullah in their confessions.

Sumanthiran also mentioned in court that after the two teachers had informed the Magistrate that they intended to provide confidential statements to him, the prison authorities had separated the two and sent them to unknown places.

While highlighting the fact that the CID had violated the lawyer-client privilege by recording the consultation, Sumanthiran informed the court that Attorney Erik Balasooriya had confirmed, through an affidavit, what had transpired during the consultation at the CID.

However, explaining further, Kumarapperuma said that according to the Evidence Ordinance, the court could not accept the statements given to the Police as evidence.

He said: “As per normal practice, if the court wants to accept a third person’s statement, the court should call the particular individual with the evidence and get the relevant documents to the case record. However, according to Section 18(a) of the PTA, a statement recorded by a Magistrate, or made at an identification parade by a person who is dead or who cannot be found, shall be admissible in evidence, notwithstanding that such person is not present or cannot or has not been cross‐examined. So, the court can just include whatever statements which were not made before the same proceedings, even if the person is dead.”

Adding that there are no bail provisions in the PTA, Kumarapperuma said that there were nearly 50 pending cases under the PTA in the Anuradhapura and Colombo High Courts, and there is still no transparency on the number of people held under the Act. “Though the PTA mentions providing priority to those cases, there are people who have been detained for more than 10 years. It means the priority section in the PTA is not operative.”

Kumarapperuma also said that there were reports and documents from relatives of former detainees alleging serious human rights violations under the PTA, including severe torture.

“The Convention Against Torture identifies the three basic elements that, if combined, constitute torture: intentional infliction of severe pain or suffering or for a specific purpose, such as to obtain information, as punishment, or to intimidate, or for any reason based on discrimination. The third one is that it is at the instigation of or with the consent or agreement of state authorities. This was mentioned at the International Justice Resource Centre.”

He said that there is mental and physical torture, adding that, according to the PTA, a person is in detention for nearly six months without being charged, or without seeing his or her relatives, which amounts to mental torture. In some cases, people who are in detention had signed documents that were provided as confessions to get rid of the mental torture they were undergoing at that particular period.”

Referring to Article 13 of the Constitution, he said that it reflects personal liberty, which means the law enforcement authorities could not arrest a person without a solid reason, nor could they detain a person for more than 24 hours, while there should be a fair trial so that no one can be punished without due process being followed.

While adding that even emergency regulations are consistent with bail provisions, he said that the PTA had excluded provisions related to bail and suspended sentences. Apart from the above-cited legal issues that originate with the PTA, the other issue is the concern of abusing the existing provisions in the Act, and it being used as a weapon or tool to punish people, he said.

Reacting to the recent development in the international arena towards Sri Lanka, Economist and Samagi Jana Balawegaya (SJB) MP Dr. Harsha de Silva said that the Government is facing multitudes of challenges in the present circumstances.

“As the main Opposition party, the SJB would like to suggest to the Government that it look upon the prepared draft titled the Protection of National Security Act as a solution to the prevailing PTA provisions,” he noted.

According to his views, the draft was prepared by legal experts at the Sri Lanka Law Commission and it would meet the obligations in terms of the revision of the PTA while ensuring national security.

Dr. de Silva said that losing GSP+ status would certainly have a negative effect on exports to the EU, and that within the 2010-2016 period, the same regime had stated that the GSP+ was unnecessary to the country.

He said: “At that time, we were not able to hold on to our markets; more than losing markets, what happened was that we didn’t gain any new markets. Investors went to Bangladesh and Vietnam during the particular period, and it had a negative impact on Sri Lankan exporters.”

Stressing that from 2010-2016, the EU accounted for only 6% of Sri Lanka’s exports over the entire period of six years, Dr. de Silva said that it was a small contribution to the country’s economy, which could be valued at EUR 1.7-1.8 billion.

“After regaining GSP+ status in 2017, that percentage went up to 27%, with exports to the EU increasing up to EUR 2.3 billion in value. According to the EU data, Sri Lanka is the second-largest export market by now.”

Dr. de Silva added that the GSP+ is a status granted by EU countries with special tariff reductions for exports that reach the European market, and it is received simply by safeguarding the people’s rights.

September 15, 2019 byThe Sunday Morning No Comments
The illegal drug trade has virtually taken over social media and the authorities are finding it hard to curb the menace.