February 7, 2021 by Sarah Hannan No Comments

The Department of Prisons is to commence the recruitment process to establish the Sri Lanka Prison Emergency Response Strategic Force from this week onwards, The Sunday Morning learnt. 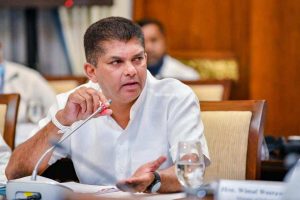 Speaking to The Sunday Morning, State Minister of Prison Management and Prisoners Rehabilitation Lohan Ratwatte said: “We called for applications from eligible persons that served in the military, who left the service under the early retirement scheme. We will recruit a total of 200 personnel in the first intake.”

The initiative is to improve the existing Prison Intelligence Unit that is currently being manned by prison guards and prison officers-in-charge (OICs).

The recruits will be enlisted after a thorough vetting process and will be considered through a referral system, where the respective human resources departments would have to submit a letter of recommendation to support their enlistment.

While the Strategic Force is scheduled to be established at its earliest possible date, special operations are already underway to look into any misdeeds taking place in prisons.

The security within prisons has become a major issue, as exemplified in a spate of incidents that ranged from contraband – such as mobile phones and illegal items such as drugs and guns – being smuggled or thrown into prisons, on occasion with the connivance of prison officials, to deadly riots such as the one at the Mahara Prison in late 2020.

Will not mix vaccine brands in first and second doses: Sudharshini

April 20, 2021 byMihi Perera No Comments
State Minister for COVID Prevention Dr. Sudharshini Fernandopulle today (20) stated in Parliament that the Government will not allow a mix of vaccination brands for the first and second doses.