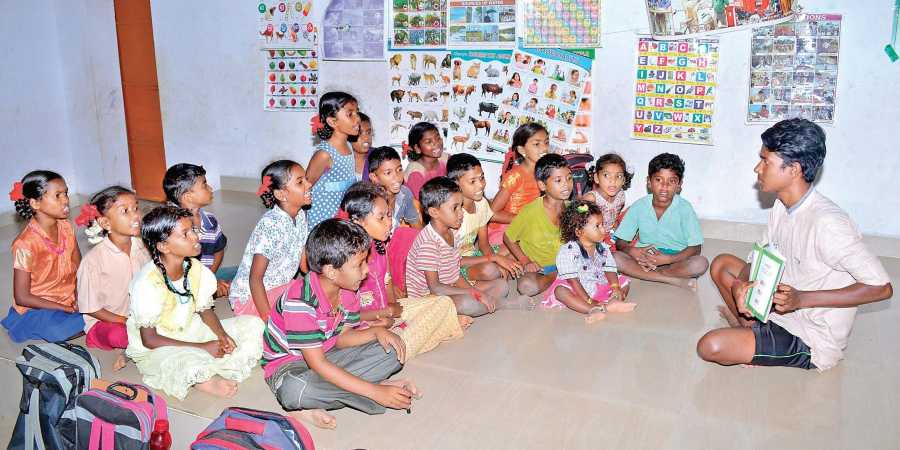 With a view to the systematic deinstitutionalisation of youth, programmes should be conducted for youth focusing on how to improve social skills, communication skills, problem-solving skills, anger management techniques, the regulation of emotions and distress tolerance skills, assertiveness-related skills, and life skills.

Although comprehensive community-based child and youth mental health services are unlikely to be established in the near future, considering the mental health needs of children in child care institutions, it is vital to pay more attention to this aspect.

Furthermore, it is crucial to focus on fulfilling the basic mental health needs of young people with the limited resources available by way of programmes focused towards staff, residents, and institutions. All caregivers in institutions should be given continuous training and support on how to provide care for children with minimum further traumatisation, how to handle difficult situations involving children, problem-solving-related counselling, and how to provide psychological support for children.

The structures of such institutions also have to be improved in a way where youth get a more structured and effective routine, more leisure activities, more opportunities in vocational training, and activities of daily living-related training.

These suggestions were made in an opinion piece titled “Mental health needs of children and adolescents in child care institutions in Sri Lanka” authored by Karapitiya Teaching Hospital Consultant Child and Adolescent Psychiatrist Darshani Hettiarachchi and published recently in the Sri Lanka Journal of Child Health.

The number of children placed in institutional settings around the world is rapidly increasing, according to C.A. Nelson’s “A neurobiological perspective on early human deprivation”, due to factors like poverty, war, violence, and substance use. Bringing up children in child care institutions can, as noted by Nelson, deleteriously affect their development due to the profound deprivation of sensory, linguistic, cognitive, emotional, and psychosocial stimulation. According to the United Nations Children’s Fund (UNICEF) report in 2009 (Progress for Children: Report Card on Child Protection), up to eight million children are in institutions worldwide. However, true figures, as observed by C. Csaky in “Keeping children out of harmful institutions: Why we should be investing in family-based care”, may be higher due to gaps in global statistics and unregistered children’s homes.

Poverty is according to “Global Facts about Orphanages”, one main reason for institutionalising children in most countries. According to L. Chiwaula, R. Dobson, and S. Elsley’s “Drumming together for change: A child’s right to quality care in Sub-Saharan Africa”, children with learning and physical disabilities are at higher risk of institutionalisation due to limited support services. This risk is, according to the “Children and Young People with Disabilities Fact Sheet” by the UNICEF, further increased by social stigma and negative attitudes towards disabled children. In some countries, disabled children are considered unlucky or cursed (as also noted by the UNICEF), and people are, as pointed out by I. Jakovljevic, P. Ashley, and B. Fitzgerald in “Children’s mental health: Is poverty the diagnosis?”, encouraged to keep them away from home. In an Indian study by Csaky, 90% of 11 million abandoned children were girls, showing how gender discrimination can affect institutionalisation. Child abuse and neglect are also, as per the UNICEF, major risk factors worldwide.

Multiple reasons lead to enrolling children in residential care settings in Sri Lanka. Some of these, according to the National Policy for the Alternative Care of Children in Sri Lanka, are economic hardship, physical or mental illness, disabilities, the inability to provide education, domestic violence, labour migration, and second marriages.

In Sri Lanka, institutionalised children are more stigmatised by society, thereby encountering problems when trying to adjust to life outside the institution, Hettiarachchi noted, adding that this may be due to segregation within institutions limiting contact with family, community, and other children. Institutional care also provides limited physical care and limited effective responses to their psychological needs, as noted by N. De Silva and A. Punchihewa in “Push and pull factors of the institutionalisation of children: A study based in the Eastern Province”.

Hettiarachchi explained that poverty can negatively impact the mental health of children, as children with poverty can experience deficiencies in nutritious food, housing, a safe environment, and access to healthcare and are at higher risk of being exposed to trauma and stressful life events like parental separation, domestic violence, and punitive parenting practices. Poverty can, as noted by Jakovljevic et al., also lead to social isolation and marginalisation and heightened baseline activation of the stress response system in poor children due to chronic exposure to stress.

Children with learning disabilities, as noted in “Children and Young People with Learning Disabilities – Understanding their Mental Health”, are at a six times higher risk of developing a diagnosable psychiatric illness such as depression, anxiety, or psychotic disorder, which can be further increased by exposure to traumatic events like separation from home due to institutionalisation.

Children with chronic physical illnesses can experience more behavioural and emotional problems than children with good physical health even before institutionalisation and their risk of a major psychiatric disorder is also high as pointed out by M. Hysing, I. Elgen, C. Gillberg, S. Atle Lie, and J. Astri in “Chronic physical illness and mental health in children: Results from a large scale population study”. Major depressive disorder and chronic medical disorders are strongly associated as noted in “Prospective associations between somatic illness and mental illness from childhood to adulthood” by P. Cohen, S. Daniel, and S. Kasen.

Child abuse victims can experience a wide range of psychological consequences which can be short-term effects (in childhood) and long-term effects (in adult life), as observed by N. Sachs-Ericsson, K. Cromer, A. Hemandez, and K. Kendall-Tackett in “A review of childhood abuse, health, and pain-related problems: The role of psychiatric disorders and current life”. A systemic review on 45 studies from the 1980s to early 1990s (“Impact of sexual abuse on children: A review and synthesis of recent empirical studies” by K. Kendall-Tackett, L.M. Williams, and D. Finkelhor) reported child sexual abuse victims experiencing regression, hyperactivity, anxiety disorders, post-traumatic stress disorder (PTSD), depression, suicidal and self-injurious behaviours, substance misuse, illegal acts, and running away.

Parental separation plays a key role in child institutionalisation. A national survey in the US (“Long-term effects of parental divorce on parent-child relationships, adjustment and achievement in young adulthood” by N. Zill, D.R. Morrison, and M.J. Coiro) showed that 25% of children from divorced parents were early school dropouts and that 40% received psychological support.

The process of institutionalisation itself is stressful for children due to a variety of reasons, as once a child is victimised for abuse, he or she will be interviewed by different stakeholders from different professions including healthcare workers, the Police, the legal system, and probation and social services. The National Guideline for the Management of Child Abuse and Neglect: A Multi Sectoral Approach in Sri Lanka, has given clear instructions on the responsibilities of the different stakeholders when dealing with victims with minimal re-traumatisation. However, it is evident that during this process, as noted by Hettiarachchi in “Management of victims of child abuse in Sri Lanka: A view of a child psychiatrist”, victims are re-traumatised by stakeholders due to many reasons which can result in adverse psychological consequences for the victims. In situations where the perpetrator is a family member, victims may, as noted by M. Gail in “Non-rational guilt in victims of trauma”, have non-rational guilt towards him or her.

When a child is institutionalised, his or her opportunity to have contacts with the family becomes limited, Hettiarachchi stated, adding that some institutions in Sri Lanka only allow the family to visit the child once a month.

The psychological impact on the child due to the separation from the family is determined, as elaborated by Hettiarachchi, by the age of separation, attachment to and with the family, the nature of the care received at home, the level of security felt at home, the level of support received at the institution, and the duration of stay at the institution.

According to the attachment theory put forward by British child psychiatrist J. Bowlby, “the earliest bonds formed by children with their caregivers have a tremendous impact that continues throughout life”. Thus, mothers who are available and responsive to their infant’s needs establish a sense of security in their infants. Bowlby along with M. Ainsworth in “The origin of the attachment theory”, also identified the first three years of life as a very sensitive period for attachments. As mentioned in Bowlby’s attachment theory, studies (“Attachment in institutionalised children: A review and meta-analysis” by F. Lionetti, M. Pastore, and L. Barone) showed that children institutionalised before the age of three can experience difficulties in the formation of emotional attachments which can negatively affect their social behaviour and interactions with others, and can also experience poor cognitive development and language deficits.

Many studies (Bos et al.) have found that social deprivation and neglect at institutions can greatly increase the negative psychological impact on children like developmental delay and mental health disorders, as young children with a history of institutional care often show behavioural and emotional problems such as hyperactivity, poor attention, emotional dysregulation, increased anxiety, attachment disorders, and poor peer relationships. Bos et al. showed that institutionalised children can have more internalising symptoms, like anxiety and depressive disorders and externalising symptoms, like attention deficit hyperactivity disorder, oppositional defiant disorder, and conduct disorder. Their functional level was also found to be lower than the controlled group.

February 13, 2020 byTSM Web Desk No Comments
The cabinet of Ministers has approved a proposal to store 20,000 MT to 35,000 MT of rice to stabilize the rice prices during the year.

December 31, 2020 byNethmi Liyanapathirana No Comments
The holding of Provincial Council (PC) elections has been delayed until a final decision is reached on the election, The Morning learnt.