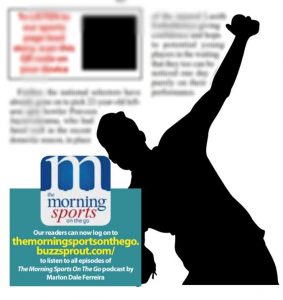 Just a week into their official capacity as national selectors, the current selectors too are facing the same old predicament related to the job: Undue influence. This time it’s on a particular SSC player

Further to our recent news report which we carried under the title “A call from India to include SSC spinner in the Sri Lanka side?”, we at The Morning Sports understood later that the same SSC’s 29-year-old spinner has been “pushed for selection” by another prominent controlling cricket club in Colombo.

One of the strongmen of that club, that is currently in the centre of discussion in the field of cricket politics, has tried to elaborate on the said left-arm spinner, though the player is not a member of his club. But the player has a close connection with this club too, as he has been one of its first-class players last season.

“We can figure out a certain conspiracy here. If we allow this SSC player to come in, the same people (of the other club) will make a lot of noise saying we are giving into SSC especially because they all know that one of the members has already tried to influence us from India regarding the same player,” a member of the current national cricket selection committee said.

The current six-member national selection committee, headed by Pramodya Wickramasinghe, was announced by Sri Lanka Cricket last Thursday (8) after a lapse of over two months since the previous committee under Ashantha de Mel had resigned, following two series debacles in January.

“We cannot get caught in such possible conspiracy,” he stressed.

“We will select the best possible side on merit, not on favouritism of certain individuals,” he added.

In another unusual development, the particular SSC left-arm spin bowler has himself asked from one of the national selectors to fix a one-on-one meeting with him.

“He asked me for an appointment which I denied outright. We can’t agree to such meetings in this official capacity. But this incident gives an idea as to how confident these players are at the moment to bend the laws. That is surely because they know that they have a highly influential people to protect them from above,” he explained.

Further, the national selectors have already gone on to pick 22-year-old left-arm spin bowler Praveen Jayawickrama, who had fared well in the recent domestic season, in place of the injured Lasith Embuldeniya giving confidence and hope to potential young players in the waiting that they too can be noticed one day purely on their performance.

June 11, 2019 byRevatha No Comments
After 16th ICC Cricket World Cup match between Sri Lanka and Bangladesh at Bristol was called off due to rain Tuesday morning