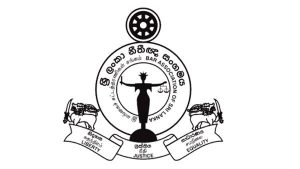 Secretary of the Bar Association of Sri Lanka, Senior Attorney-at-Law Kaushalya Nawaratne stated that the BASL wanted to propose amendments to the laws.

Speaking to The Sunday Morning, Nawaratne stated that new reforms seem to be in order to prevent political corruption and to increase public confidence in the legal system.

“One of the prime objectives of the BASL is to increase public confidence in the legal system of Sri Lanka; thus, we will surely look into making amendments and introducing new reforms for the existing asset declaration laws,” Nawaratne said.

Nawaratne expressed these views when asked by The Sunday Morning about asset declaration laws in relation to members of Parliament.
“No one in this country is above the law,” he said.

The controversy over asset declaration laws came into effect after the Presidential Secretariat refused to disclose the Prime Minister’s assets and liabilities to Transparency International Sri Lanka, even after the order was given by the Right to Information Commission.

The fact remains that an order which is given by the Right to Information Commission of Sri Lanka cannot be refused, unless the matter is taken up in a court of law.

However, both Transparency International and the Right to Information Commission of Sri Lanka confirmed that they have not received formal notice as of yet, after which they will be appearing in court within the duration of three months.

February 28, 2021 byNews Admin No Comments
The Ministry of Health is yet to publish the amended guidelines to enable the burial of Covid-19 deceased, as the finalisation is pending at the office of the Director General of Health Services...

December 24, 2020 byNethmi Liyanapathirana No Comments
Port trade unions said they are looking forward to holding discussions with the President regarding the East Container Terminal (ECT) of the Colombo Port.