Prorated wage model likely to be extended for another 3 months

The Employers’ Federation of Ceylon (EFC)’s request to the Ministry of Labour to extend the national tripartite agreement on prorated wages for another three months from 31 March 2021 is in the process of being submitted for approval to the Cabinet, The Sunday Morning Business learns. 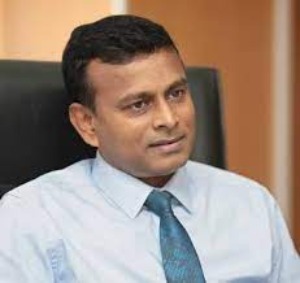 “We have considered the request from the EFC and completed the cabinet papers, and it is in the process of receiving cabinet approval in two weeks,” Commissioner General of Labour Prabath Chandrakeerthi told us.

The Labour Commissioner further added that the cabinet papers were prepared taking into account the eight applications received last month.

According to the national tripartite agreement, the employers, whose businesses or operations were impacted by the Covid-19 pandemic and who are not in a position to offer work to their employees, are eligible to apply and pay prorated wages.

The scheme implies that the basic salary of employees will be apportioned and wages will be paid for the number of days the employee has worked. The wages for the days employees are “benched” without any work, will be apportioned and paid either at the rate of 50% of the basic wage or Rs. 14,500, until March 2021, under a proposal approved by the Cabinet of Ministers.

The Employment Provident Fund (EPF) and Employees Trust Fund (ETF) amounts also have to be contributed in line with the payment made.

To ascertain the daily wage for employees who reported to work, the basic salary will be divided by 30 or 26 days, depending on the method of computation used to determine the daily wage in the respective establishment. This rate should be multiplied by the number of days worked to establish the pay for the same period.

An employer unable to meet wage payments as per the provisions of the agreement is required to make representations to the Commissioner General.

Nevertheless, the initial agreement, implemented for the period of May and June 2020, was extended for a further period of three months, until September 2020.

Accordingly, the EFC’s request for the extension is in line with the advice it provided to its members throughout the Covid-19 crisis, which was to make use of social dialogue tools at the enterprise level and engage as much as possible with unions and with instituted workers’ councils.

In addition, employees and trade union representatives would retain the right to furnish any grievance directly to the Commissioner General of Labour as well.

Their aim is to enable companies, in co-operation with trade unions, to better implement the scheme under the tripartite agreement whilst parallelly adhering to the social dialogue processes.