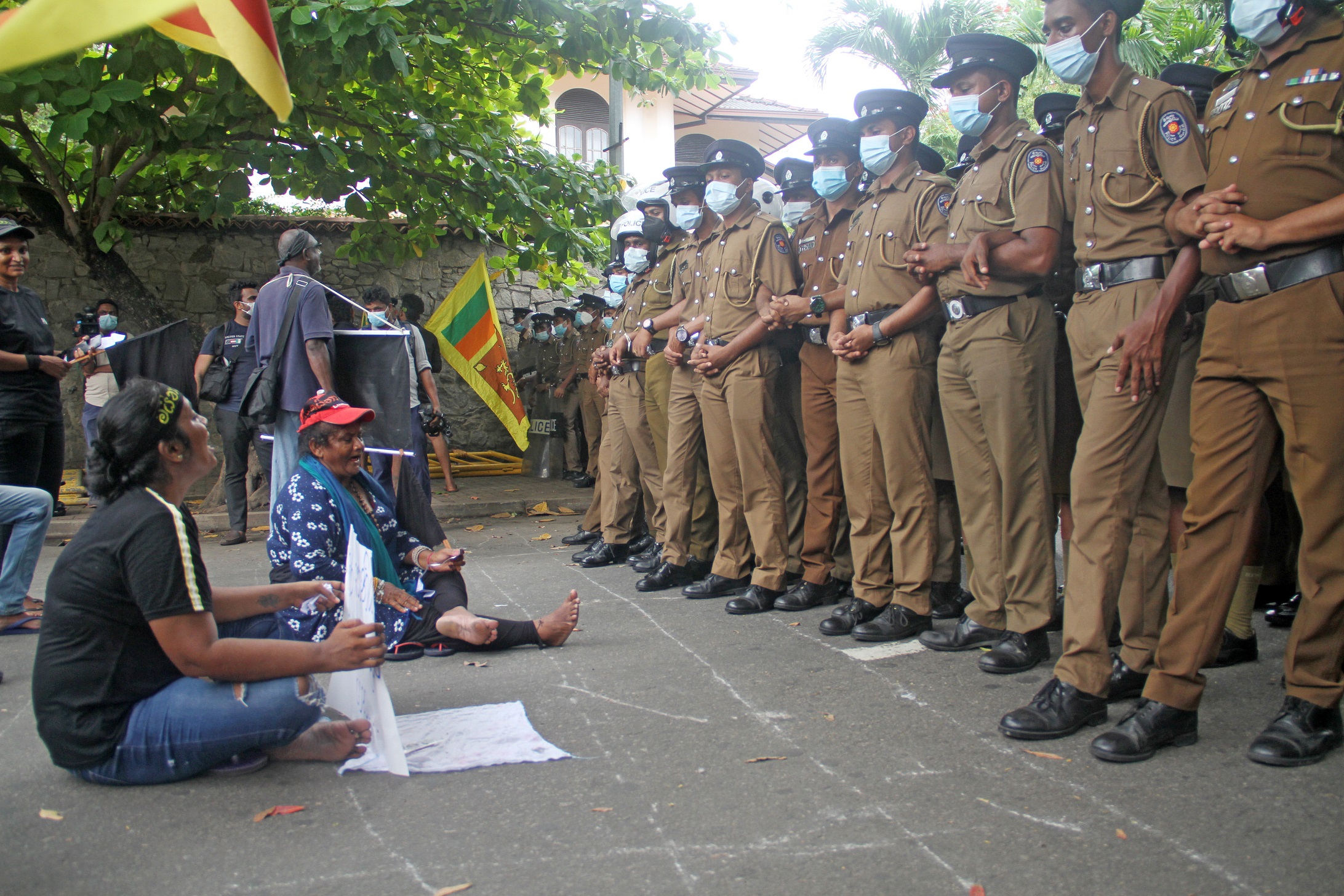 Stating that the court would not issue orders to prevent peaceful protests from taking place, Colombo Additional Magistrate Harshana Kekunawela yesterday (26) informed the Cinnamon Gardens Police that the Police have only been given powers to prevent the protests that obstruct the General Certificate of Education Ordinary Level (O/L) Examination and inconvenience the public.

Claiming that it had been reported that a group of people were preparing to hold a protest by constructing a platform on Fifth Lane in Cinnamon Garden where the Premier’s residence is located, Senior Additional Solicitor General (SDSG) Priyantha Nawana PC, who appeared for the Cinnamon Gardens Police, told the court that although the people have the right to protest peacefully using their freedom of speech in accordance with the Constitution, it is not always an absolute right, and that protests cannot be conducted in a manner that oppresses the public. He further informed the court that the Police would have to use minimal force in the event of a peaceful protest in the area in question turning into an unruly crowd. Therefore, SDSG Nawana requested the court to issue an order under Section 98 of the Code of Criminal Procedure to prevent protests that could disrupt the O/L Examination and cause public nuisance.

At this point, the Additional Magistrate informed that the Police have been given powers to prevent the protests that obstruct the O/L Examination and the public, adding however that the court would not issue orders to prevent peaceful protests from taking place.

Later in the day, tensions ran high as protestors from “No Deal Gama”, who are camped outside the Temple Trees, attempted to proceed towards the Prime Minister’s Office on Flower Road in Kollupitiya.

The Police blocked the protestors, stating that they could not be allowed to move forward as an examination centre is located nearby.

The protestors then engaged in a demonstration, sitting on the road and blocking vehicular movement.

May 21, 2021 byNews Admin No Comments
The Federal Bureau of Investigations (FBI) of the US is probing the entirety of the Easter Sunday terror attacks which took place on 21 April 2019, with a particular emphasis on the cyberspace aspect

December 17, 2021 byAazam Ameen No Comments
A women's rights group today (17) staged a protest in front of the Consumer Affairs Authority (CAA) against the dangers faced by consumers due to declining gas standards.