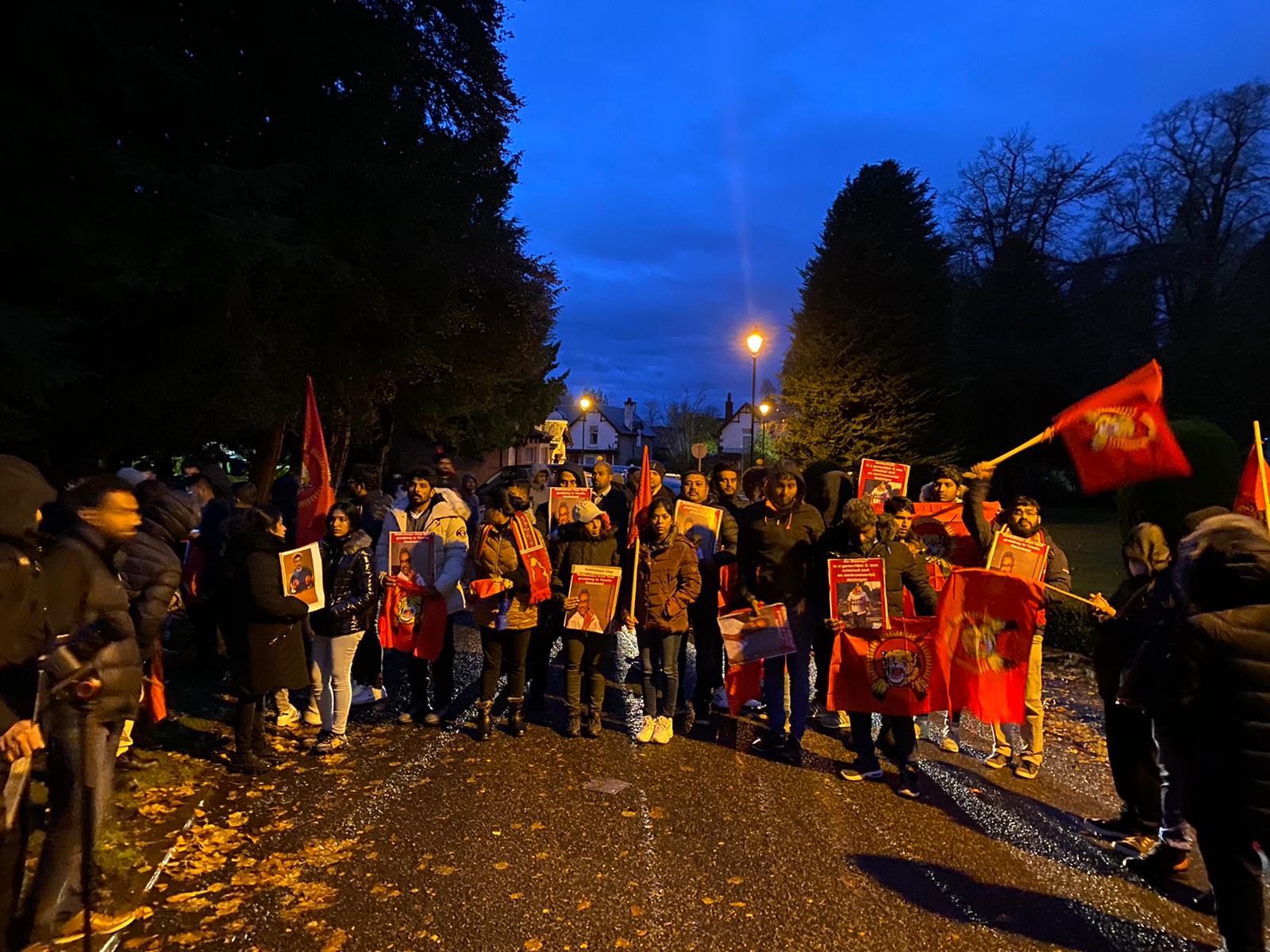 Video footage has emerged on social media which depicts several protesters who have gathered outside the DoubleTree Hotel in Dunblane, Scotland, where President Gotabaya Rajapaksa is reported to be staying.

The protesters, who are brandishing the flag of the Liberation Tigers of Tamil Eelam (LTTE) are claiming that the President is wanted for genocide against the Tamils in Sri Lanka.

The President is currently in Glasgow, Scotland to attend the 26th UN Climate Change Conference of the Parties (COP26).

Prez sends wishes to PM on his 76th birthday today