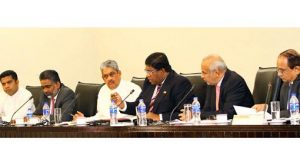 The term of the special Parliamentary Select Committee(PSC) probing into the Easter Sunday bombings has been extended to 31 October.

Meanwhile, President Maithripala Sirisena is set to appear before the Committee on 20 September.

The Parliament last month extended the term of the PSC to 30 September as the PSC had requested an extension in order to complete its inquiry and submit its final report to Parliament.

The PSC was appointed by a resolution passed unanimously by Parliament on May 22nd. The PSC’s term was originally only for a period of three months.

Accordingly, 17 prisoners were released from the Welikada prison.