September 7, 2021 by Venessa Anthony No Comments

Dylan Perera is a banker by day and a musician whenever else. He’s not entirely sure if his passion for music is something he discovered growing up, since he has always loved music even as a child. He can’t recall a time period of his life that he was not obsessed with music. The passion for rock music, however, was discovered when he first heard Crawling by Linkin Park. He knew, at that moment, that he needed to make music and here he is – two decades down the line. 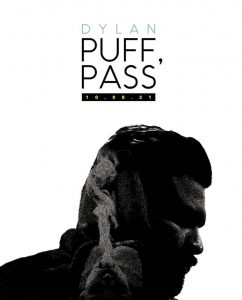 Brunch had a chat with him on his latest song Puff, Puff, Pass and more. This song was actually his debut single; it was such a hit that his fans couldn’t get enough of it, which prompted the song’s re-release recently with a music video.

Tell me about ‘Puff, Puff, Pass’, and the message behind it?

A song in general can be interpreted in many ways. This is all about how the listener relates to it. It has pretty straightforward lyrics and I shall let the listeners interpret it the way they see fit. That was my inspiration behind it too; I want the listeners to hear what they want to hear.

Did you film any part of it during the lockdown?

What were some challenges you faced when putting together the song?

I underwent the usual challenges that any musician would have to face; finding the right producer to work with, looking for a suitable studio for the audio, and pretty much the same about the video production and the editing – speaking of which, myself and the video director are based in one country and the editor in another.

Is this song part of an album to be released in the near future?

Yes, Scenic Route to Melancholy. The production of the aforementioned album is currently on hold as my close friend and producer Dr. Gayan Danthanarayana passed away after fighting in the frontlines of this disastrous pandemic. I am working virtually with two other producers currently on two singles. Given the situation at present with travel restrictions I intend on re-recording everything in one go for the album when I can travel to Sri Lanka without the risk of being stuck there. 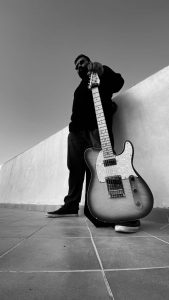 How did you find working with producers/artists virtually and how different is it from working in person?

Working virtually has a certain DIY aspect to it. A trained audio engineer has a way of setting up recording equipment. My knowledge in the subject matter and the recording equipment I possess is minimal. In comparison to working in person, there’s a lot more required than to sit down and record in the studio.

What has being a musician during the pandemic taught you?

You can record music in one country and get it produced by someone in another country. I recorded and released a cover version of Long Train Runnin’ by the Doobie Brothers as an experiment with Shirantha Rajapakse, a close friend and brilliant electronic music producer, and have recorded two more songs that are currently being mixed and mastered by Sasith Gamage (iClown) and Misha in Sri Lanka. I never thought of this as a possibility, as I always thought that the producer and I needed to sit down in one studio and record together. This must be the work-from-home equivalent for a musician.

Do you have anything coming up this year?

I do have two songs currently in production. However, I doubt if I’d be able to shoot the videos within this year. I might consider releasing the audio on Spotify and iTunes based on what the record label and I agree on.

Trash the size of an elephant: Lalith Senanayake uses art to spread an important message

January 1, 2021 byNethmi Liyanapathirana No Comments
Art is a very effective method of self-expression. Lalith Senanayake, an immensely talented sculptor from Wattala, uses his art to spread a message that needs to be heard by all residents of our..

March 31, 2019 bythemorninglk No Comments
The Not On My Bus campaign strives to help create a violence-free, safe space for women and girls in public transport through increased bystander vigilance.