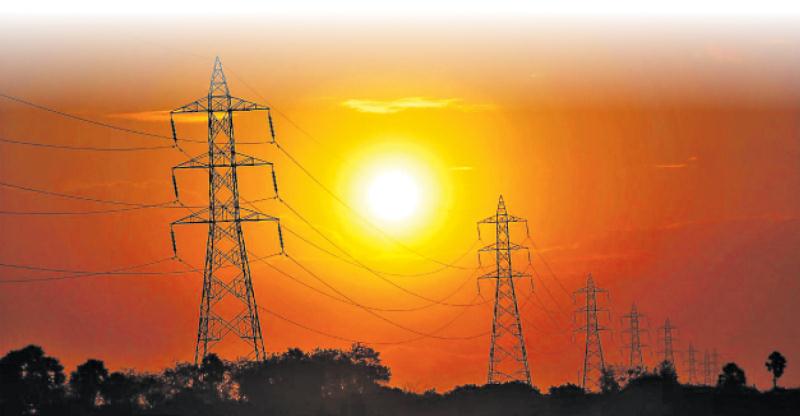 Concerns have been raised over attempts made by the Ceylon Electricity Board (CEB) to purchase three private power plants (PPPs) that have been supplying emergency power for more than a decade, after the Cabinet last year declined a proposal made to extend the power purchasing agreements (PPAs) of those three power plants.

The proposal was to extend the PPAs of Ace Power Matara, Ace Power Embilipitiya, and Asia Power Sapugaskanda, which will be terminated this month and June this year, to purchase 170 MW of emergency power in order to meet the expected shortfall, especially during the dry season.

When proposing the extension, the CEB claimed that there would be a severe electricity shortfall, especially following the expiration of the PPAs of these three power plants, as the country would have to wait at least another three years to commission the already approved power plants.

Nevertheless, the Cabinet of Ministers rejected the proposal last year. After that, the CEB was to re-submit the proposal, considering the ongoing electricity shortfall. However, as learnt by The Sunday Morning, the proposal has not reached the Cabinet as of yet.

In such a backdrop, the CEB last week announced its intention to purchase the three controversial PPPs.

Speaking to The Sunday Morning, CEB Chairman Eng. Vijitha Herath said they are having initial discussions with the respective parties to see the possibilities of acquiring the three private power plants.

He also said he did not have much information as yet, as discussions are still at its initial stages.

Speaking to The Sunday Morning, energy analyst Dr. Vidura Ralapanawe stressed that there was no proper assessment conducted by the CEB regarding the energy deficit of the country before CEB went ahead with purchasing old power plants that have already completed their expected operational capacity.

“It’s not clear what the CEB is planning to do with these power plants. They have not conducted a proper analysis with regard to the necessity or the costs and under what provision of the Electricity Act they are going to purchase electricity from these power plants,” he noted.

According to him, these three power plants provide approximately 670 GWh of energy to the grid annually, based on historical operating patterns, and these can be replaced by 400 MW of solar power, which could easily be done by setting up floating solar installations in locations such as the Chandrika Wewa.

“This can be done within one-and-a-half years, and even if they go ahead with procuring these oil-based plants, they should not do this for more than that period and replace them with solar which would come at half the cost,” he stressed.

The PPAs between the CEB and the PPPs (Ace Power Matara, Ace Power Embilipitiya, and Asia Power Sapugaskanda) have been renewed/extended since 2014 as a short-term measure while the CEB analysis has always been vague, as claimed by experts, in terms of explaining to the Cabinet the real requirement of power in the short and medium terms.

Ace Power Matara is a 25 MW power station. During its operations from 2002-2012, the plant utilised four 6.3 MW-generating units. The plant was decommissioned in 2012 after its 10-year PPA expired and was re-commissioned in 2017.

Ace Embilipitiya Power Station is a 100 MW thermal power station which cost approximately Rs. 8 billion for its development, and is built on a 44-acre (18 ha) land under a 33-year lease. The heavy fuel oil-run power station was commissioned in March 2005 and was operated by Aitken Spence. The Ministry of Power and Energy discontinued purchasing power from the private power station after its license expired in 2015, and hence was subsequently re-commissioned. In March 2016, the CEB decided to re-commission the plant due to the high electricity demand in the country.

Asia Power Sapugaskanda is a 51 MW thermal power station. Planning for the fuel oil-run power station dates back to 1994, when the CEB issued a tender for an IPP project for 50 MW. The construction of the plant began in 1996 and was commissioned in June 1998, with a PPA of 20 years.

In the meantime, the CEB insisted that the 130 MW extension and 128 MW of emergency power are needed to supply power from January to May in 2021, according to a cabinet paper in October 2020 (assuming at the time that Kelanitissa would be operational by January 2021). However, the CEB has supplied power under hydro power – by approximately 400 GWh, compared to previous years – and has not utilised the 128 MW emergency power and Kelanitissa to date.

Furthermore, the CEB has been inaccurate and widely inconsistent in its projections of when power plants come online, missing projects sometimes by decades. This, as claimed by experts, has resulted in a case where no one accurately knows when these power plants will actually come online. The overoptimistic projections (while not doing the necessary work for procurement) have resulted in power plants not coming online as planned.

The Committee on Public Enterprises (COPE) report revealed that Ace Power had offered to sell the power plant to the CEB for Rs. 2,635 million, but the offer was shot down.

The report noted that former Secretary to the Ministry of Power and Renewable Energy Dr. Suren Batagoda had told the Committee that initially, an agreement had been signed for the purchase of electricity from the Embilipitiya power plant for a period of 10 years, which expired in 2015, adding that as the plant could be used for a further period of time, government approval was sought for further purchases.

It was also noted that although negotiations were held, the owner did not agree to transfer the plant at the valuation made by the Government Valuer. As a result, temporary approval was granted by the Cabinet for the purchase of electricity for a period of six months until action was taken to acquire the said plant, and this was done taking into account the electricity requirement at the time.

Following discussions with the owner, the agreement was renewed on two occasions: Initially for one year up to 2016 and subsequently up to 2017.

During this period, the government’s policy was to halt any move to purchase power plants and instead only purchase electricity from private suppliers. As a result, the agreement between the CEB and Ace Power was extended by another three years with effect from April 2018.

Meanwhile, allegations have also been levelled against the CEB, claiming that there was no provision in the Electricity Act for the procurement of PPPs, irrespective of the cabinet decisions, and the cabinet committees and subcommittees should not recommend procurement mechanisms against the law.

Thus, the CEB must come with a procurement method that is approved by the Attorney General (AG) as legal. As per the Act of 2013, there is no provision for the “extension” of power plant PPAs, and PPAs cannot be given to projects without tender.

The proposals in front of the subcommittee for extension are illegal.

Janatha Vimukthi Peramuna (JVP)-affiliated Lanka Viduli Sewaka Sangamaya (LVSS) President Ranjan Jayalal stressed that it’s been more than a year since Gotabaya Rajapaksa was appointed as President and a new administration took over the management, adding that a new power plant, however, is yet to see the light of day. Also, the power deals are yet to be reviewed and power plants are yet to be constructed, but the crisis is still going on.

He stressed that the deal reached between the CEB and Ace Power Embilipitiya was one such corrupt deal due to which the CEB incurs millions of rupees in losses per year.

“Even though the ground-breaking ceremony was held for the launch of an LNG power plant in Kerawalapitiya, no PPA has been signed as yet,” he stressed.

Meanwhile, when contacted by The Sunday Morning, Minister of Power Dullus Alahapperuma said a cabinet subcommittee was appointed to look into the ways and avenues through which lapses in power generation could be minimised, and that the report would be submitted to the Cabinet at the next cabinet meeting.

He said the subcommittee has proposed various ways of purchasing power plants, if possible, as well as renewable energy from factories, if available, along with ways to go for renewable energy projects to fill the gaps until a new power plant is built in 2024.

“The main issue we have is that we haven’t built new power plants for many years, and a new power plant will come only in 2024. Therefore, until such period, there will be a lapse in electricity production,” he added.

June 19, 2022 byNews Admin No Comments
The debate on how to reform State-Owned Enterprises (SOEs) and attempts to do so are not a new phenomenon in Sri Lanka.

Why judge leaders and how to judge them

June 9, 2022 byNews Admin No Comments
What citizens expect in those that lead them