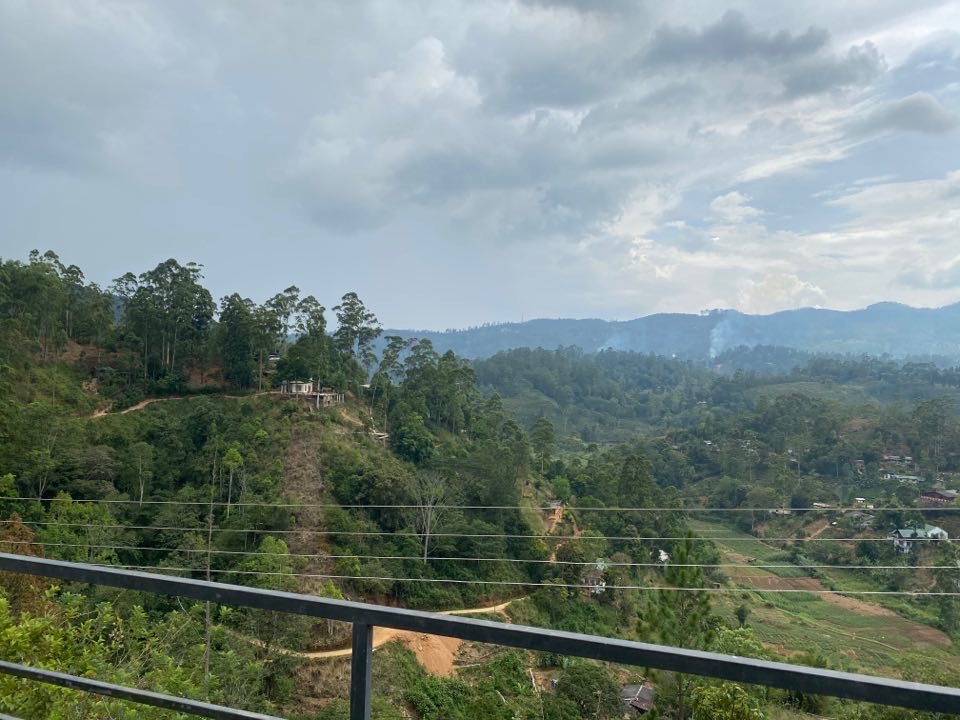 This Sunday we dig into some of the quarantine camp stories narrated to us by some students. As you may know, most people who came back after 15 March had been sent to quarantine camps all over the country. Some of your friends and family too might have been sent there for their safety. The Sri Lanka Army has been generous enough to navigate this for all incoming travellers. By now, you have most likely heard about where your friends and family are, but we got some details of experiences from students in these camps. Some are together and some are not. We had the chance to ask a few of these students aged between 19 and 21 about their experiences, and here is what they shared with The Sunday Morning Happinez!

Let’s begin with the journey there.

Student 1: We arrived at the airport and were taken into a separate site where we were cleared through immigration, medical testing, and Customs. This took about six hours. We were then escorted into buses and were provided with tea and snacks. The journey to the camp took around six hours and we reached there at about 1 a.m. They stopped halfway to give us dinner.

Student 2: Once you have landed in Colombo, if the country you have embarked from is on the quarantine list, you will be quarantined. We were put on a bus and taken to a screening area where they disinfected us and our bags. They also checked our temperature and then took us through immigration. Once that was completed, I waited for about six hours before being taken to one of the quarantine zones. We were given lunch on the bus and all the buses were escorted by the Police. We also had a short tea break at an army camp, which was nice. So you can imagine how tired I was after a 12-hour flight followed by a six-hour waiting period and a five-hour bus ride! Once we got to the camp, we were given a bunch of instructions.

Student 3: The journey back to Sri Lanka was very well organised by the (Sri Lankan) High Commission in the UK. They took quick action to ensure all nationals and students arrived safely back to the country. The process of actually getting to the camps was tiresome though; there was a lot of misinformation of what was going on, but we got there eventually.

Student 4: My decision to leave the UK and come back to Lanka happened within a matter of three hours on 15 March as I was informed that the scenario in Sri Lanka was getting worse and they may ban all flights to Sri Lanka from the UK the day after. I had to pretend that my house was on fire and pack anything I could and leave to head to London to catch a flight in eight hours. Everything was hectic and nothing was certain as to what would happen when I landed in Sri Lanka. Right before we boarded the SriLankan Airlines flight, we were given an official letter informing us that the entire flight – UL 504 – was going to be quarantined. At this point, around 100 people turned back and didn’t board the flight according to the staff at the checkpoint. When we landed in Sri Lanka at 12.30 p.m. on 16 March, we were all put in a bus and sent to an area where we were all queued up to be disinfected. Our luggage was taken separately where they were all disinfected as well. Note that we still hadn’t seen our parents or anything outside the airport. The journey to Diyatalawa was tiring and bumpy. The Army was very welcoming and tried their best to make us feel safe and comfortable. Finally, we got there, took a shower, and slept.

Student 5: After arriving at BIA (Bandaranaike International Airport) after a 15-hour journey from the UK, I was greeted by officials on the sky bridge who took me to the domestic terminal in a bus. After a 12-hour wait at the airport, I was finally boarded onto a bus and there were two police cars as well which escorted me (plus another student) to Diyatalawa. There were no stops on the way (although I had to use the restroom so badly).

How is your experience so far?

S1: The experience has been quite pleasant! We are so grateful to the Army for accommodating our needs at their best. We received three meals a day and several snacks, and there is occasional medical testing carried out. The Army has been so nice and homey and provided everything they can.

S2: It’s been quite an interesting experience. It did take some time to get used to, but now I’ve fallen into a routine which makes it much easier and helps time pass. It does get quite boring sometimes cause there isn’t much to do apart from watching television and using social media. The WiFi is also slow, but it works so I’m not complaining.

S3: Although most of the camps in Sri Lanka are very well facilitated, there seems to be a disparity in the camps. Some camps are not close to being at the level where a quarantine centre should be. This camp does not have a medic onsite, nor the basic hygiene equipment, which means the rate of spreading illnesses will increase thoroughly. However, the Army is truly doing their best and working very hard to keep us all safe. We must give awareness to both types of camps without rash reactions as they are just making do with what they have, and it is appreciated.

S4: So far my mindset has been to take one day at a time and remain positive. I try not to think of how many days I have left in quarantine as this will demotivate me. The Army has provided us with all the faculties we need to stay safe and comfortable. I couldn’t be more proud of my nation for taking these precautionary measures at early stages. Even though it isn’t an ideal situation to be here and not be able to self-isolate at home, I know that this is for the best for everyone in this country.

S5: It’s been great! So much free time on my hands to explore other aspects like reading, meditating, and exercising. The people around are very friendly and accommodating. We get our three main meals (some are good and some have odd combos like pasta and parippu). My housemates are also a group of fun lads and we always play card games like President and Monopoly Deal (I have become a pro at it now!).

What are you doing to keep yourself busy?

S1: Most of us at Diyatalawa are students, so most of us are working towards meeting our deadlines and keeping up with assignments. It has been a great opportunity to make new friends.

S2: I’m working from home as my office in London is closed. I have conference calls and reports to write, so I don’t realise the time passing that much.

S3: We’ve resorted to doing all sorts of weird activities. At one point, we didn’t have a card pack, so we decided to make one using paper. There’s one activity I think we all enjoy and that is going out of the bungalow, sipping a cup of tea while listening to music, and just enjoying the scenery and living in the moment. I try to do this every day and it really is amazing. You don’t get to do this in Colombo or in the UK, so it really is a different kind of experience. Also, I’m the tea maker here. I make tea for everyone. This started cause I didn’t trust anyone to make my tea and I’m super picky about my tea. Everyone loves my tea now, so I just make it for everyone. Also, my parents call every hour and ask us what we are doing, even though we are literally doing nothing. It’s quite funny because it shows they are as bored as we are. We are also keeping a tally of whose parents call them the most, and so far it’s mine! Once in a while, we get together and sing. I play my ukulele and everyone sings, and it’s actually quite nice. We have also resorted to making Tik Tok videos…which is an all-time low for me. We befriended a dog too that now stays outside every single day; she is super friendly and nice, so that’s a plus as well.

S4: We did a workout the other day, and some of the guys and I made a circuit, which was super fun! Luckily, one of the members I’m quarantined with has a ukulele, so we’ve made full use of that and play it all day, even though we only know two chords. We’ve all become quite the professional ukulele players! In the evenings, we go to the balcony to get some fresh air (whilst wearing masks, so much for getting fresh air) and sip our tea whilst watching the lovely sunset over the mountains in Diyatalawa. This is what keeps me going every day as I look forward to this time between 4 and 6 p.m. where we enjoy a beautiful scenic view when everything is calm and peaceful. We have also recruited a street dog that keeps us company whilst we have our cup of tea. She has now grown an attachment to us and stays outside our premises, guarding us. We try to do some yoga and zumba in the evenings to keep ourselves fit.

S5: I have started vlogging my experience, which has kept me busy with organising content. I also read a book called Life Lessons From A Brain Surgeon by Dr. Rahul Jandial. I play card games with my mates here in the same quarantine and we have become very competitive at it! I also try to do a few exercises using 5-litre water bottles every now and then.

March 15, 2020 byKusumanjalee Thilakarathna No Comments
This Grade Four student of Lyceum International School, Wattala has a phenomenal voice and she is very passionate about being a part of her church choir.

Rehan Somaweera: One of the youngest people in Australia to author a published scientific paper

September 26, 2021 byKusumanjalee Thilakarathna No Comments
Ten year old Rehan from Perth recently became one of the youngest people in Australia to author a published scientific paper.