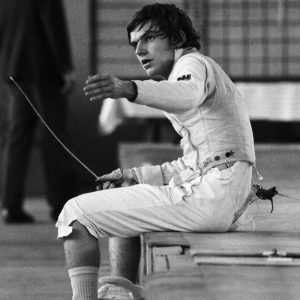 “The Olympic Games cannot be moved like a football game next Saturday. It is a complex undertaking and you can only act responsibly when you have a clear decision-making foundation.”

Thomas Bach OLY, born on 29 December 1953 in Würzburg, Bavaria, West Germany, is a 67-year-ol German lawyer and former Olympic fencer. Bach is the ninth and current President of the International Olympic Committee (IOC). He is a former member of the German Olympic Sports Confederation Executive Board. Bach is a former foil fencer who competed for West Germany. He won a team gold medal at the 1976 Summer Olympics, as well as silver, gold, and bronze team medals at the 1973, 1977, and 1979 world championships, respectively. On 11 November 2017, Bach became the first Olympian formally granted the use of the post-nominal letters “OLY”. 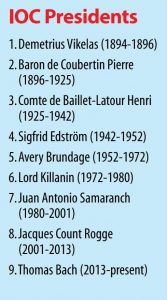