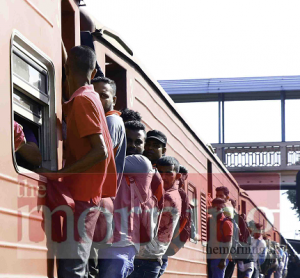 The Elections Commission Chairman Mahinda Deshapriya, yesterday (06), urged all trade unions to call off their strikes to facilitate the forthcoming election activities.

Railway trade unions continued their strike action despite demands being met by the government on salary anomalies.

November 20, 2021 byRuwani Fonseka No Comments
It has been reported by the Department of Census and Statistics that there has been a drop in the number of people getting married.

The Department of Census and Statistics announced that there were 1

Convention Against Torture Act is a dismal failure: Sumanthiran

July 6, 2021 byAazam Ameen No Comments
Responding to the amendments proposed to the Convention Against Torture And Other Cruel, Inhuman Or Degrading Treatment Or Punishment Act and the Code of Criminal proecudere act by Minister of Justice