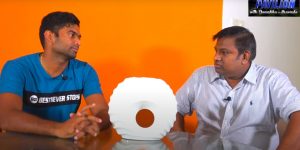 Speaking to journalist Danushka Aravinda in a Youtube interview, Rajapaksa highlighted several injustices meted out to him by the authorities.

He is not amongst the preliminary 28-member Sri Lanka white-ball squad picked for the forthcoming England tour comprising three each of T20Is and ODI, to be held from 23 June to 4 July.

Revealing that his omission could be due to his under-par fitness level, Rajapaksa also reiterates in the interview that the on-field performance of the players have to be given priority over their fitness standards when making the selections.

He has also opined that the new player-contract scheme introduced by SLC has ignored him adding that there are current national players who have some concerns over signing the contracts mainly due to the fact that some higher-grade contracts had been offered to players who have not performed enough.

The 18 players who were involved in a three-match ODI series recently in Bangladesh have returned to the country on Sunday (30) and are placed on a bio-security bubble before they join the rest of the 28-member squad for training in due course.

Although former Skipper Angelo Mathews too had been included in the squad, he has informed SLC his unavailability due to a family commitment.

Selectors are expected to prune down the 28-member squad to 22 and the squad is scheduled to leave for United Kingdom on Tuesday, 8 June.

Who has power to cancel Olympics, its legal background, and the cost of cancellation