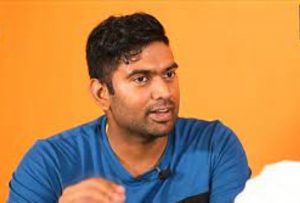 * About nine players to play in Bangladesh BPL from 21st

Bhanuka Rajapaksa yesterday (5) informed his resignation from Sri Lanka Cricket (SLC) with immediate effect. Rajapaksa, in his letter of resignation handed over to SLC, had said the decision to resign was taken after considering his “family obligations”, said SLC in a media release.

“I have very carefully considered my position as a player, husband and am taking this decision looking forward to fatherhood and associated familial obligations,” he has said in his letter of resignation, according to SLC release.

Though family commitments have been mentioned as reasons for Rajapaksa to retire from national duty quite unexpectedly just 11 days before Sri Lanka’s home One-Day International (ODI) series against Zimbabwe, the former Royal College, Colombo hard-hitting top-order batter is already named in the Khulna Tigers franchise (team) of the Bangladesh Premier League (BPL) Twnty20 cricket tournament starting on 21 January. The tournament is going on till 18 February.

That means Rajapaksa is going to miss the Zimbabwe ODI series in Kandy, to be staged from 16 to 21 January, and take part in the BPL eighth edition in the Bangladesh cities of Chittagong, Dhaka, and Sylhet, from 21 January to 18 February.

His reason of “family commitments” becomes an ambiguous issue in this context.

Not only Rajapaksa, Kusal Mendis (Comilla Victorians), Isuru Udana (Dhaka), Danushka Gunathilaka and Niroshan Dickwella (Fortune Barishal), Thisara Perera and Seekkuge Prasanna (Khunla Tigers), and Dinesh Chandimal and Angelo Perera (Sylhet Sunrisers) – a total of nine players – have been included, according to BPL 2022 sources, in the six franchises for this year’ league.

The BPL players’ draft was held on 27 December 2021 in Dhaka. Teams were required to register at least three overseas along with ten local players (except those signed outside the draft) from the draft.

It was not clear how the three banned players — Danushka Gunathilaka, Kusal Mendis, and Niroshan Dickwella — are going to play in the BPL and whether the three have been given permission by the SLC — as they got permission to play in the LPL recently — to participate in the Bangladesh league. Our effort to reach an SLC official on the clarification proved futile yesterday.

“It is unfortunate that players are leaving because they cannot meet the fitness standards which are a prime requisite of the day,” a disgruntled SLC official told The Morning Sports.

“The board looks after the players the best possible way. It is the national structure that nurtures them. It is not just another profession. It is national commitment. If the players tend to emerge from our national system and go to play cricket for better money, it is not a good precedence,”

On the part of the selection committee, headed by Pramodya Wickramasinghe, they have produced credible results after taking over reins early last year.

Their restructuring have produced promising players within the national team, brought in added emphasis on the agility and fitness levels of the players that suit the modern, busy game and schedules, and created a heightened fan interest in Sri Lanka’s cricket.

“If these players are to go for BPL this time, we won’t take them for our next LPL,” challenged the said senior SLC official.

“We have done them our best yet if they ask us to maintain double standards on the new fitness criteria, that is not right,” he added.

SLC and the selection panel recently advanced their previously set fitness criteria for national players. The 10 km-run should now be done in 8’ 10’’, not 8’ 35’’, which was the previous mark.

The other main test, the skin fold test, too had been made more challenging by the selectors.

A request turned down

Reports have said Rajapaksa had passed the previous mark too with some difficulty and the new standards are hard for him to meet.

He had allegedly asked for an exception and also argued that his present body fatness level is needed for his power-hitting. Apparently, the authorities have not accepted the argument, prompting Rajapaksa’s resignation.

Since July last year Rajapaksa had played in five ODIs and 11 T20Is, since making his debut in October 2019.

He passed the 30-run mark on four times in those 16 occasions earning a name as someone who can clear the ropes with much ease, an ability that Sri Lanka lacked in the short formats in the recent times.

Other than Rajapaksa, it is believed that at least three other players will contemplate on retiring from national duty over reluctance over new fitness mandate. One is considered to be Angelo Perera who is tipped to leave for U.S.A. after retiring.

From the national point-of-view, the school system and the national structure produce players, with ample support by a fanatic fan base, yet those players consider the sport quite nakedly as a profession and seek for greener pastures when things don’t go their way. Sad.

October 10, 2018 byRevatha No Comments
Sri Lanka's monsoon season was the only winner in Dambulla as the first ODI was abandoned after just 15 overs of play on Wednesday, 10 October.

January 5, 2022 by Ruwani Fonseka No Comments

Ex-pack ‘reasonably of the belief’ on market leader claim