July 30, 2021 by Dimithri Wijesinghe No Comments

Sri Lankan activist Ram Dulip Randombage will be representing Sri Lanka for the first time in our country’s history at the Mr. Gay World 2021 competition.


Mr. Gay World is an annual international competition for gay men and is defined as an annual contest seeking to establish ambassadors for LGBT and human rights. Founded by Australian Eric Butter, Canadian Dean Nelson, and Norwegian Tore Aasheim, the competition is one of the most publicised LGBT contests in the world which uses the attention it garners to focus attention on the plight of LGBT people worldwide. 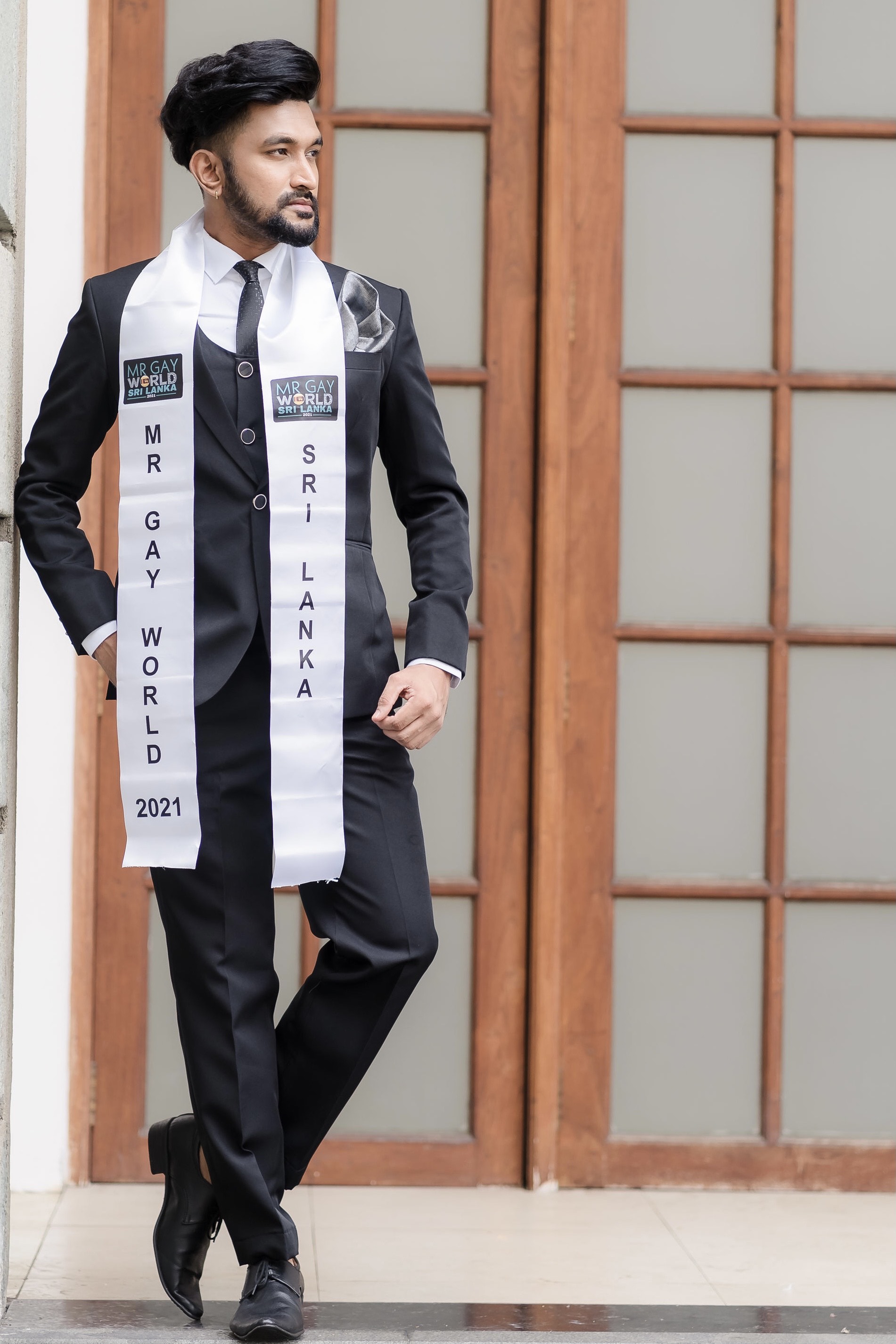 The competition mandates that its primary objective is to identify leaders who will take responsibility of being a spokesperson not only in his own community, but on a global stage, speaking out for equal human rights.
Sri Lanka’s representative, Ram Dulip, appears to be the ideal candidate, as he has been an outspoken activist and visible figure campaigning for the rights of the LGBT community in Sri Lanka, who are incredibly marginalised. He was recently elected to represent Sri Lanka in the 2021 Commonwealth Youth Council Committee, the only Sri Lankan candidate to qualify out of over 100 nominations from 54 Commonwealth countries. Additionally he is a team leader for the “Me for Myself” youth initiative campaign dedicated to promoting the mental health and wellbeing of young people in the Asia Pacific region – a joint initiative of the United Nations Population Fund (UNFPA) Asia Pacific Regional Office in Thailand and the Y-PEER Asia Pacific Regional Office in Thailand.
Ram Dulip is also a prominent figure in the Lankan entertainment industry. Titled Mr. Sri Lanka for Mr. Earth International 2018, he is a professional model, actor, and social media influencer.


Speaking to Brunch, Ram Dulip shared that since his public coming out in 2019, he was faced with an onslaught of online harassment. However, instead of keeping his head down and simply taking it, like many others, Ram Dulip chose to fight back by taking real action against those perpetrators, which resulted in creating awareness on social media about the importance of protecting LGBT individuals from being discriminated against and harassed for their sexual orientation.


Due to his courageous actions, online persona, and outspoken activism, he has been recognised as an influential person by the LGBT community in the country. “This platform has given me the opportunity to help break the stigma and silence against the discrimination of the LGBT community in Sri Lanka,” he said.
With all his experience, Ram Dulip exhibits a deep understanding of the importance of youth advocacy, youth participation in leadership, and community engagement.


Speaking about LGBT advocacy and activism in Sri Lanka and how it has evolved, Ram Dulip shared that he feels as though recently, things have greatly shifted for the better. “There has always been a great community movement in Sri Lanka; however, they weren’t so visible to wider society, I feel. But now, things are becoming a lot more visible to the mainstream and a different group of people who didn’t otherwise know about the LGBT movement are hearing about it now,” he shared. 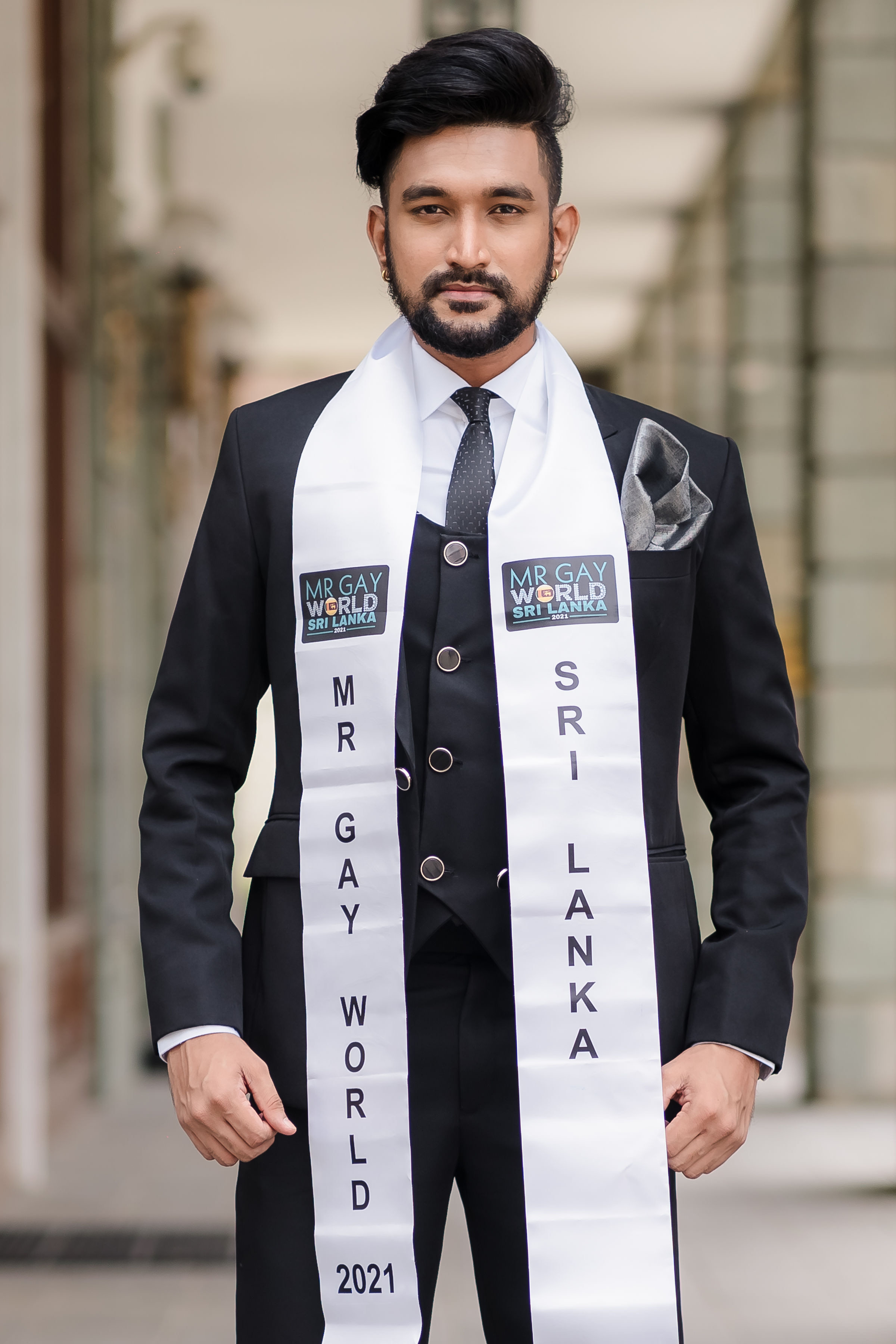 He added that even he himself came out not too long ago, and until then, he surrounded himself with cisgender heterosexual people, hoping to have a future in the Lankan entertainment industry; he felt that pressure to conform. Nevertheless, he said that after coming out, in addition to his family’s incredible support, there have been many from his friend groups who really came around and accepted his LGBT status, which has been encouraging.


Ram Dulip is undoubtedly a wonderful role model for young LGBT individuals in the island. We asked if he could share one piece of advice, to which he said that regardless of your gender identity or your sexual orientation, you must be driven and be independent. He said that once you are able to show the world what you are capable of, and are a contributing member of society, then it really won’t matter what your LGBT status is.

To be free behind bars