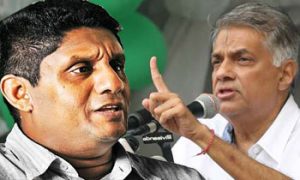 Kariyawasam said the new WC  had decided to appoint Premadasa as Prime Ministerial candidate as well.

He added that Premadasa will also lead the election campaign for the forthcoming parliamentary election.

Kariyawasam said 37 members were present from the 59 members newly appointed to the WC.

He said only 16 members had not shown up while 6 members had informed the party that they will not be attending the meeting.

He added that MP Ajith P Perera and MP Sarath Fonseka had been excluded form the WC due to disciplinary issues.

January 11, 2021 byRusiru Keppetipola No Comments
Following the death of a woman, who had returned to Sri Lanka for treatment, while in quarantine at a hotel in Kandy, the deceased’s husband

Govt. in firefighting mode, as country reels from loss of Mangala

August 28, 2021 byNews Admin No Comments
The untimely demise of former Minister Mangala Samaraweera due to Covid-19, sent shockwaves across the country last week. Samaraweera’s death on Tuesday morning (24) stunned those throughout the polit