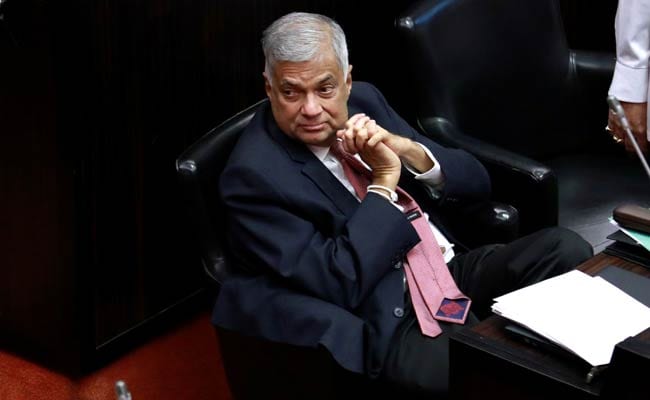 Ranil to get seat no. 13 in Parliament today

United National Party (UNP) Leader and former Prime Minister Ranil Wickremesinghe has been allocated seat number 13 in Parliament, on the Opposition side of the House, The Morning learnt.

Serjeant-at-arms Narendra Fernando confirmed this to The Morning yesterday (22).

Further, Secretary General of Parliament Dhammika Dassanayake told The Morning that this front row seat allocated to Wickremesinghe is in relation to the UNP Leader’s seniority in politics.

Wickremesinghe is scheduled to be sworn in as an MP before Speaker of Parliament Mahinda Yapa Abeywardena today (23).

The UNP failed to secure a single Parliamentary seat outright at the 2020 general election and was only successful in securing the national list seat which Wickeremesinghe will occupy from today onwards.

Meanwhile, in response to the news items created and shared on social media networks to the effect that there are conflicts within the Samagi Jana Balawegaya (SJB) and among parties supporting it, the SJB stated on 7 June that full confidence should be expressed on MP Sajith Premadasa for future victories of the party.

This came after the UNP Working Committee agreed to nominate Wickremesinghe as the party’s National List representative.

Expressing that such media propaganda should be strongly condemned, the SJB alleged that the present Government is behind the spread of such conspiracies.

“The Government which is gradually being rejected by the people and also the deal politics attempting to protect the Government are behind this conspiracy,” the SJB stated.

November 2, 2021 byRuwani Fonseka No Comments
Speaking at the Sri Lanka Podujana Peramuna (SLPP) anniversary celebrations, Minister of Finance Basil Rajapaksa stated that the SLPP was formed not to defeat anyone, but to make the people of Sri Lan

Japanese envoy to arrive for discussions

June 9, 2019 bythemorninglk No Comments
With critical deadlines fast approaching a special Japanese envoy is to arrive in SL this month to negotiate the delayed loan agreement between Sri Lanka and Japan for Phase III of Central Expressway