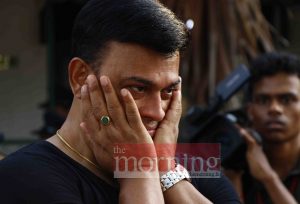 Police Media Spokesman SP Jaliya Senaratne told The Sunday Morning that Ramanayake was arrested as he did not have a valid licence for the weapon found during a search operation conducted at his Madiwela residence.

The Police had also gone through some files in his possession and also inspected his weapon.

When asked for the license for the weapon, the Police was informed that it had not been renewed since 2016.

The Police had later seized the weapon, several bullets, his personal laptop, and CDs and DVDs.

They had also taken into their possession a file on the murder of rugby player Wasim Thajudeen.

Wheat to be imported as corn substitute

September 23, 2020 byCharindra No Comments
Approval has been granted by the Cabinet of Ministers yesterday (22) to import wheat under temporary import licenses as a substitute for corn.