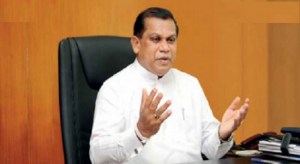 MP Ranjith Madduma Bandara has been named General Secretary of the proposed new UNP led alliance, according to Leader of Opposition Sajith Premadasa.

Premadasa has been named Leader of the broad new alliance and is vested with the powers to appoint its General Secretary.

Premadasa will also control the nominations board.

As opposed to a temporary alliance for the election, this entity will be a registered as a new political entity from which MPs will be elected and be responsible to.

December 9, 2020 byMihi Perera No Comments
The report of the committee appointed to look into the Mahara prison conflict is due to be presented to Parliament today (09), stated the Police Spokesman DIG Ajith Rohana.