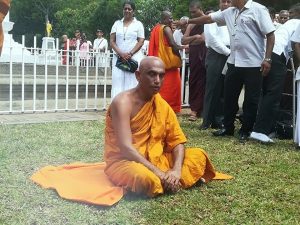 “We urge the Thera to stand up against this massive fraud that has taken place during the Rajapaksa regime for the sake of the country,” Bandara added.

The Thera,  however, was not present at today’s (20) parliamentary debate on the Airbus- SriLankan scam.

Why endless boosting may not be practical or sustainable

January 31, 2022 byNews Admin No Comments
Late last year, studies showed that third shots (boosters) of Covid vaccines were effective at providing a little extra protection from infection – particularly in the face of the Omicron variant. Som

March 19, 2021 byNews Admin No Comments
Regulating the use of tobacco and alcohol with a focus on saving people from short and long term adverse health effects is neither a new nor a solitary battle, and Sri Lanka, like many countries, has