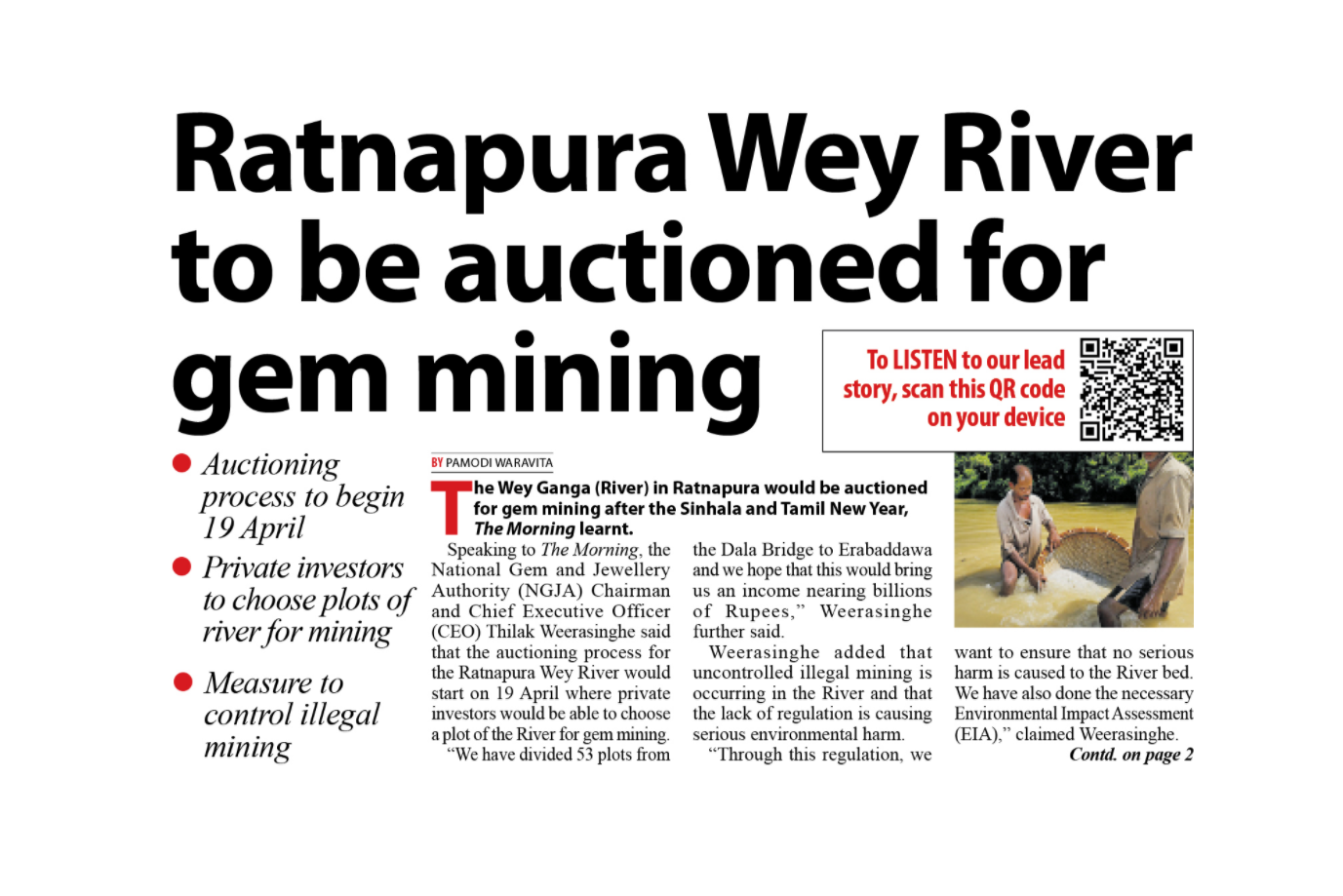 Ratnapura Wey River to be auctioned for gem mining

The “Wey” Ganga (River) in Ratnapura would be auctioned for gem mining after the Sinhala and Tamil New Year, The Morning learnt.


Speaking to The Morning, National Gem and Jewellery Authority (NGJA) Chairman and Chief Executive Officer (CEO) Thilak Weerasinghe said that the auctioning process for the Ratnapura Way/Wey River would start on 19 April where private investors would be able to choose a plot of the river for gem mining.


“We have divided 53 plots from the Dala Bridge to Erabaddawa and we hope that this would bring us an income nearing billions of rupees,” Weerasinghe further said.


Weerasinghe added that uncontrolled illegal mining is occurring in the river and that the lack of regulation is causing serious environmental harm.


“Through this regulation, we want to ensure that no serious harm is caused to the river bed. We have also done the necessary Environmental Impact Assessment (EIA),” claimed Weerasinghe.


Sri Lanka is home to one of the Earth’s highest concentrations of gems, exceeding over 50 varieties within the country’s land area of approximately 25,000 square miles. The NGJA regulates the gemstone mining industry in the country.

Not ready to compromise our sovereignty: President

March 27, 2021 byLahiru Pothmulla No Comments
President Gotabaya Rajapaksa, referring to the UN resolution, said today that the Government would not compromise the sovereignty of Sri Lanka.

May 8, 2020 byTSM Web Desk No Comments
The Planters’ Association of Ceylon  today said contrary to popular belief the response against COVID-19 in the plantation sector has been unprecedented and exhaustive.

Ratnapura Wey River to be auctioned for gem mining