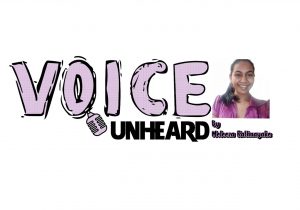 “A small message to any upcoming podcaster or any sort of content creator. Don’t worry about views and feedback when you start off. Things only start working out for you when you constantly keep putting in the effort. Just enjoy what you do and keep going till you hit your targets. You will most definitely hit those targets”, said Real Talk Sri Lanka podcast Co-founder Sahan Dharmasena. 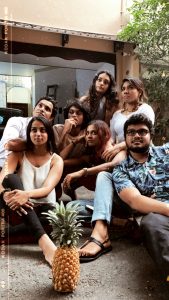 “It started off as a hobby to pass time during lockdown but it ultimately turned into our brainchild that basically spoke about things that weren’t being spoken of enough and as a way we can rant and spread laughter to anyone willing to listen. It turned into something more than what we initially intended it to be. It was very enjoyable and even at times educational for us and our viewers. We began our podcast recording on our laptops and our ‘studio’ was our rooms. From there to come to the point now where we do very serious episodes with young and talented guests is quite the leap in my opinion,” commented Sahan.

“We want to bring a cocktail of emotions ranging from deep thoughts to belly cramping laughs. We speak about very serious and unspoken topics while at the same time going on rants with friends about the most random things. I guess the idea is to not be monotonous and be creative with things as we move on. We would like to say that our main objective is to put the listener through a rollercoaster of emotions and make sure they enjoy listening to us,” added Sahan.

The thought process depends on each episode, “but if I were to sum it up one thing that would be to see if there is something worth listening in here. To check if listening to this episode provides our audience with information, a realisation or a laugh. The idea is to be unique and to be different. Something that isn’t seen being done here,” the Real Talk Sri Lanka podcast team further noted.

Initially, before Season Three, the team comprised Ronaldo, Suarez and Sahan. Ronaldo and Sahan hosted and edited the episodes, while Suarez created the trailers, posts and social media content. In Season Two the team recruited Afkar since Ronaldo had to leave owing to work commitments. “For Season Four, I decided to make a small change and get a bigger team,” noted Sahan. 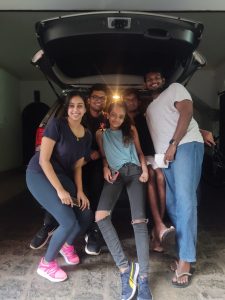 Currently, the team has 12 people. “This brings better variety and exposure. It also makes me feel very happy that even though Ronaldo and I started this, my team right now is very interested in what we do. And what’s more interesting is that even now we get requests from listeners asking if they can be a part of the Real Talk team. To me this is an indication that we have accrued somewhat of a good name,” stated Sahan.

“The team is very enthusiastic and interested in our podcast. They find guests and interesting topics for us to talk about. When Ronaldo and I started the podcast last year it was the two of us looking for guests and thinking about what to talk about and organising everything. But now the dynamic is different. Now it’s more of a team effort where all the hosts and even the videographers and tech crew help out with episodes and recordings,” explained Sahan.

The podcast has covered many taboo topics throughout their show such as racism, consent, rape, fake news, abortion, toxicity, and relationships. They have touched up on some comedy topics regarding current affairs, old stories with friends and motivational episodes. The main thing they do is avoid monotone.

When asked about their viewers’ opinions on their efforts, Sahan stated: “We have so many reviews, feedback, and criticism from our listeners. Sometimes it can be about audio clarity or something technical. Or it could be how they liked the episodes. Most of the reviews that we’ve gotten were positive and talked about how they enjoyed the episode. There was constructive criticism as well, such as this one review from a friend of mine suggesting that we get someone else’s opinions as well. This actually led me to think about the idea of getting additional hosts. Another one suggested that we should do something we haven’t done before which came to the making of a blooper reel for our episodes. We really take criticism into consideration because they’re from people who listen and want to keep listening. It’s them telling us how we can improve for them to have a better experience, which is the ultimate purpose. One thing that must be said is that the listeners we had, have always been very supportive of our content even if we posted things that might’ve triggered some listeners.” 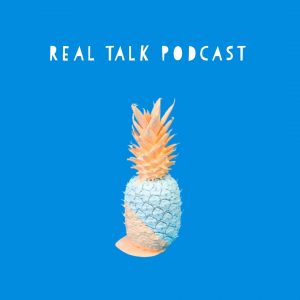 Consistency is very hard to achieve, they believe. The constant grind of finding guests, finding topics and recording, editing is a tiring process, they said. “The part about the recording because what people might not guess is that finding a date and time convenient for the guest and the relevant hosts can be very tiresome. Even if you do all of that, without social media coverage an episode is sure to be a flop. That’s why we have our editors and videographers who work tirelessly to record video footage and make videos and posts. Getting all these elements into place can be very tricky but I’m glad to say with my team it’s always possible,” added Sahan.

The Real Talk Sri Lanka podcast has originally been registered under two categories; Comedy and Comedy Interview. The show has reached the No. 1 position in both genres, while in overall  genres they reached No. 10. Sahan firmy believes and is working towards making it the No. 1 podcast in Sri Lanka in all genres. “There has also been a wish per se to monetise the podcast to turn it into a side hustle and our tech team is working on that. There are some high profile guests that we are planning to approach so that’s still there to be seen,” concluded Sahan.

Time waits for no one

November 17, 2021 byNews Admin No Comments
“And you run and you run to catch up with the sun but it’s sinking
Racing around to come up behind you again
The sun is the same in a relative way, but you’re older
Shorter of breath and one day close

Living the future of flexible workspaces: With MillionSpaces

June 30, 2021 byNews Admin No Comments
MillionSpaces, a pioneering platform in Sri Lanka which facilitates booking workspaces for businesses, recently announced the launch of their brand new venture – the flexible and “bleisure” workspaces