February 2, 2020 by Skandha Gunasekara No Comments 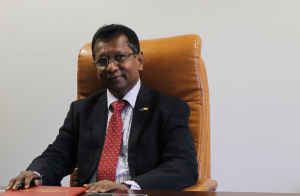 Despite a deadline being in place for Sri Lankan diplomats to return to the country in accordance with the new Government’s decision to recall all political appointees to the diplomatic service,  Sri Lanka’s former High Commissioner to Australia J.C. Weliamuna PC has failed to return to the island, The Sunday Morning learnt.

Media Spokesperson to the Ministry of Foreign Affairs Ruwanthi Delpitiya told The Sunday Morning that the deadline for the political appointees to return to the country had been set for 31 December and had been extended till 15 January.

“As far as I know, the former High Commissioner to Australia has not returned to the country,” she said.

When inquired as to why he had not returned thus far, Delpitiya said that she was unaware of the reasons.

In addition, the Media Spokesperson revealed that no new appointments had been made to the High Commission of Sri Lanka in Australia.

“No new appointments have been made to Australia and as such, the position is vacant,” Delpitiya said.

Many attempts by The Sunday Morning to contact Weliamuna, who is still overseas, failed.

However, speculation is rife among political circles that Weliamuna may not return to the country. Foreign Affairs Ministry officials are also unaware of Weliamuna’s present status.

Meanwhile, former Sri Lankan High Commissioner to Canada M.A.K. Girihagama was also due back mid last month but was given an extension till 31 January to return.

The Foreign Ministry said that the High Commissioner needed time to wind up his official duties and the Ministry extended his deadline till 31 January.

November 8, 2020 byCharindra No Comments
he Ceylon Electricity Board (CEB) will commence the construction of the 300 MW Liquefied Natural Gas (LNG) power plant in Kerawalapitiya

August 2, 2021 byAazam Ameen No Comments
The US Ambassador to Sri Lanka Ms. Alaina B. Teplitz conveyed that the United States will continue to support Sri Lanka’s fight against Covid-19 by providing ongoing support to the COVAX facility - an