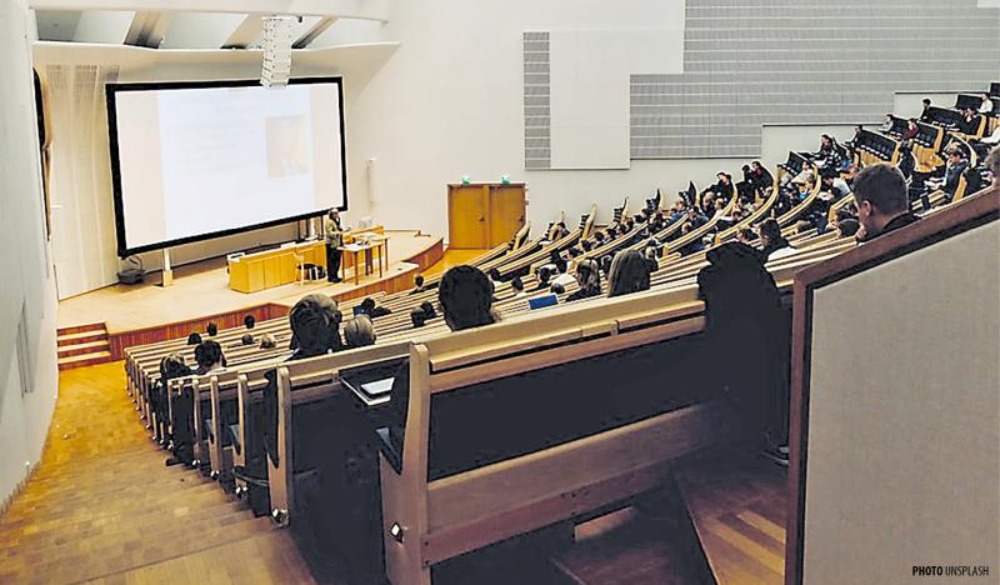 According to activists, Sri Lanka’s existing education system, even though it has been subjected to certain reforms over the years, needs to be further augmented in order for it to be able to compete with evolving international standards and the job market, and also to produce intelligent people rather than educated people. Both the private and state education sector plays a big role in this process.

According to UGC Chairman Prof. Sampath Amaratunge, the lack of regulation in the private higher education sector is a pressing issue, and quality assurance, therefore, is a timely need. When contacted by The Morning, he further said that the UGC will not be interfering in the monetary aspects of the private higher education sector, adding, however, that regulations will be introduced through the proposed Act.

At present, the UGC has recognised the degree and diploma courses awarded by 20 private higher educational institutions which have been established under the Companies Act No. 7 of 2007. Out of these institutions, 18 have been permitted to award degrees by the Ministry of Education. The UGC is the country’s leading state institution tasked with handling matters pertaining to universities, and it was established under the Universities Act No. 16 of 1978.

Today’s Spotlight focuses on whether regulating private higher educational institutions is a timely move by the authorities. 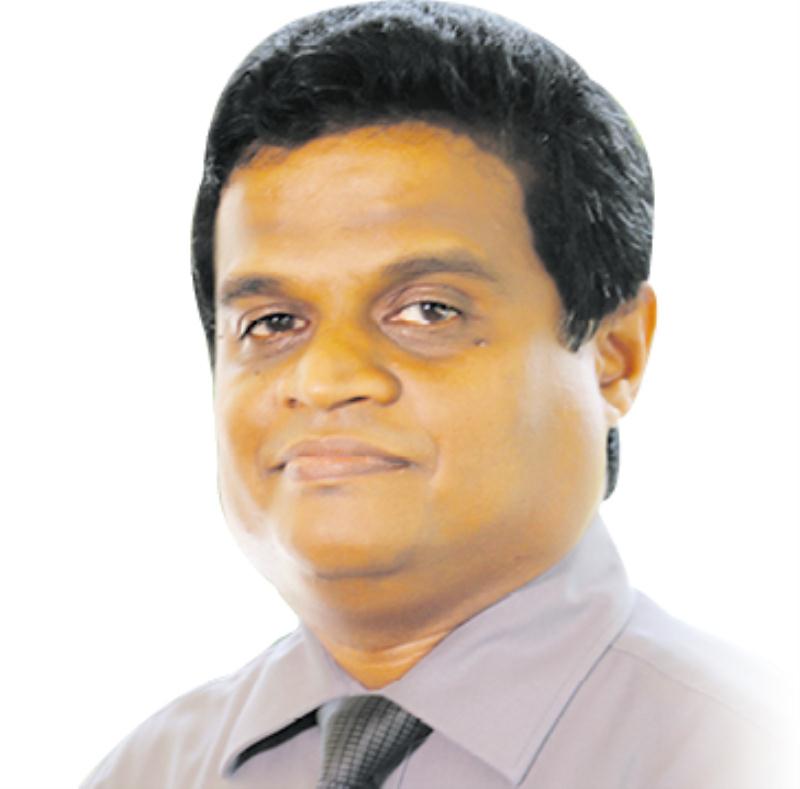 Need of a new act

Speaking of the proposed Act, Federation of University Teachers’ Associations (FUTA) President Prof. S. Banneheka said that without a doubt, private higher educational institutions including universities should be regulated. He said that it has to be implemented with careful consideration as to how it should be done and who (what institutions) should take the initiative to do that. Furthermore, he added that even though attempts were made on several occasions to regulate private universities, some of these attempts failed due to the manner the authorities tried to do that.

Prof. Banneheka told The Morning: “If Sri Lanka is going to regulate private universities, it should be done in accordance with an act, in an acceptable manner. If done without transparency, it would not yield any positive results.”

He also said that under the existing Universities Act No. 16 of 1978, there are no provisions to regulate such private educational institutions. He said that he was of the opinion that the education authorities are planning to amend the Universities Act as well, as they had gathered opinions about it.

“Our stance is that steps should be taken by a recognised body such as the UGC, and that the process of regulating should also be carried out by such a recognised institution through a proper Act. The Act should specifically mention what type of institutions would come under it. Also, this Act should focus on the quality assurance aspect, which is currently applicable to state universities. Essentially, it should ensure accountability in all aspects. We cannot just introduce such an Act hastily, and it should be implemented after an in-depth discourse with the involvement of all the responsible parties,” he said.

“The FUTA would extend its appreciation if this move is implemented in a way that is acceptable to all concerned parties and according to the law. The priority should be the quality assurance of the courses, and it should be conducted by an independent institution. It is also important that this institution be accountable to the country. At the end of the day, if a quality assurance certificate is given based on individual agendas, it will not serve its purpose,” Prof. Banneheka added.

Moreover, he added: “Most such institutions that claim to have been recognised by the UGC are, in fact, educational institutions that have obtained permission to conduct the degree courses. Therefore, this endeavour should start from the very beginning by introducing proper criteria to identify such educational institutions legally. This should be the first step. If they come to an acceptable level, it can be beneficial to students, and we would support it.”

Inter University Students’ Federation (IUSF) Convener Wasantha Mudalige told The Morning that under no circumstances should education be dependent on money.

“If the country’s citizens pay their taxes as they should, regardless of what taxes the government imposes, every person should be entitled to educational opportunities as a right and a benefit (of paying taxes), irrespective of ethnic, caste, and religious differences. A person’s financial status should also not be a factor in this connection. What the Government should actually do is increase the number of students enrolled in state universities, and take steps to allocate adequate funds,” Mudalige said.

Speaking of issues concerning private universities, he added that they are not necessary as they focus more on the monetary aspect, rather than quality education. He alleged that one can easily get a degree from private universities, and that it unavoidably begets an issue of quality (of the degree courses). “Once someone gets a degree after paying money, they do what they do with a focus on profits in order to cover the money they spent. Therefore, private universities cannot create a knowledgeable human being,” he further opined.

Speaking to The Morning, Socialist Students’ Union (SSU) National Organiser Rangana Devapriya said that all Sri Lankan governments aimed to build private universities instead of expanding the state university network and, to make matters worse, every year Sri Lanka cuts funds allocated for education through the budget. He alleged that the last budget did not allocate at least 1% to uplift the country’s higher education.

“In most cases, however, private universities offer degree programmes which are of less quality, and it became a topic of discussion after the issues pertaining to the private education institution in Malabe came to light recently, especially due to matters such as medical education, causing a considerable impact on the people. But not only medical education, any form of education should receive attention. If a person who has a degree cannot put into action what he/she learnt, it is clearly an issue,” he noted.

Expressing sentiments similar to those expressed by Mudalige, he added that what the Government should do is expand the state university system.

He further said that in order to do that, the government does not necessarily have to build universities, and instead the government can create other higher educational institutions such as institutions offering higher national diplomas, which have the potential to make available courses on subjects that are not covered by degree programmes.

Speaking of the issue of unemployed graduates, he said that it has more to do with the country’s economy than private higher educational institutions. “This issue has persisted for a long time and worsened when the authorities considerably cut down on the number of students enrolled in external degree programmes given by state universities. On the one hand, the government encourages getting degrees from private universities, and on the other hand, it does not provide enough jobs for degree-holders. In the country’s economy, there is no specific system to give them jobs. Sri Lanka has an advanced human resource, but they leave the country due to the lack of jobs,” he further expressed.

When The Morning spoke to several persons who had obtained educational qualifications from private higher educational institutions including universities, they said that if private educational institutions did not exist in the country, a large number of students who do not get the opportunity to study at a state university, despite having passed the GCE Advanced Level (A/L) examination, would have been a burden to the country.

While one of them said that regulating private higher educational institutions should focus on improving them, another person said that there is no need to introduce such measures.

At the end of the day, what matters most is ensuring that the country’s future generation receives proper education, regardless of the nature of the education institution they obtain it from. Also, as one person who spoke with The Morning said that such major decisions should be taken after considering the opinions of all relevant parties, as it involves numerous parties. Also, the public’s right to obtain free education should not be subdued by paid educational opportunities.

I lost my portfolio for not approving Yugadanavi deal: Chandima Weerakkody

September 26, 2021 byRuwani Fonseka No Comments
Former Minister of Energy and Sri Lanka Podujana Peramuna member Chandima Weerakkody says he was stripped off his portfolio as he opposed the Yugadanavi power plant deal.

However, he noted that his c