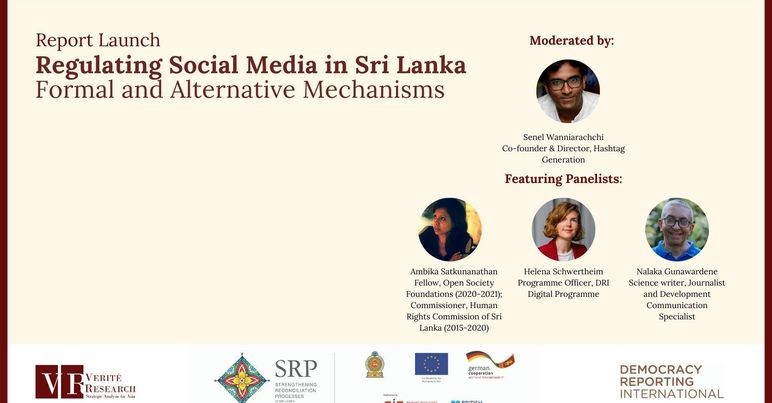 Struggles of dealing with hate speech and disinformation

There is no universally accepted definition of hate speech. Very simply put, hate speech is expression and content that advocates hatred and promotes intolerance, unrest, discrimination, or violence.


Online, and on social media, hate speech and disinformation are very difficult to counter for a variety of reasons. For one, it’s very quickly replicated and often mutates each time it’s shared, which can make taking down such content very difficult, even after the original post or content has been tracked and taken down. Inadequate legal framework and the abuse of the existing legal framework (systemic or otherwise) also complicates dealing with hate speech and disinformation.


In the social media space, each social media company defines prohibited content differently, and language nuances can often play a part. What may be hate speech may not always feel like it when translated into another language, because the nuances of the message can be lost in translation.
Another dimension of regulating hate speech and disinformation is that authoritarian governments can use hate speech laws and regulations to silence dissident and critical voices instead of using it to protect marginalised communities.

Despite public perception, there are several forms of legal redress that can apply with hate speech and disinformation in the Sri Lankan context. A few of these highlighted in Verité Research’s report were the International Covenant on Civil and Political Rights (ICCPR) Act (No. 56 of 2007), Penal Code of Sri Lanka Ordinance (No. 2 of 1883), Polie Ordinance (No. 16 of 1865), Public Security Ordinance (No. 25 of 1947), Prevention of Terrorism (Temporary Provisions) Act (PTA) (No. 48 of 1979), Sri Lanka Telecommunications Act (SLTA) (No. 25 of 1991), and Computer Crimes Act (No. 24 of 2007).


However, it must be noted that while this framework is in place, pursuing redress using this framework can often achieve mixed results based on the application of these laws. In the case of the ICCPR, for instance, there was noticeable inadequate prosecution in the cases of those involved in the Aluthgama, Dharga Town, Valipanna, and Beruwala violence in 2014; the anti-muslim violence in Gintota in 2017; and the violence subsequent to the Easter attacks in 2019.


Conversely, under the purview of the ICCPR Act, there have been instances where the law has been over-inclusively applied, like in the arrest and remand of author Shakthika Sathkumara in April 2019 for the publication of a book that mentioned sexual misconduct among the clergy as well as the arrest of Abdul Raheem Masaheena in May 2019 for wearing motifs that were thought to resemble a valued symbol of Buddhism.


In similar ways, each avenue of legal recourse comes with its inherent challenges and room for misinterpretation and application.

The report also addressed alternative frameworks that can be pursued to address hate speech and disinformation, analysing the pros and cons of each type of mechanism.
Frameworks covered in the report included voluntary self-regulation by social media companies, independent industry-level regulatory mechanisms, and counter-messaging and ethical engagement at the institutional and individual level.


This alternative framework also comes with its own challenges; for instance, depending on social media companies to voluntarily self-regulate content on their platforms, there will be a lack of self-regulation of content in the local language, as well an overall lack of clarity and transparency to the process.

So where do we go from here?

The report made several recommendations to create a safer space and to fight hate speech and disinformation on social media.


The major conclusion the report came to was that in Sri Lanka, legal provision with formal legal and regulatory frameworks do in fact cover social media, but these laws run the risk of over-selective application and being used to target those seen as dissident or critical instead of against those who incite discrimination, hostility, and violence.


On a legislative level, the report recommended amending the ICCPR Act and the Penal Code to improve both clarity and scope. The report also recommended extending the Sri Lanka Computer Emergency Readiness Team (SLCERT) mandate to include further support when it comes to hate speech.


The report also recommended increasing liability on internet intermediaries like social media companies by the State.


Addressing alternatives that could be pursued by civil society organisations, like creating a council for independent industry-level regulation and forming a national civil society coalition to drive citizen-driven initiatives and programmes increasing awareness about frameworks like the ICCPR Act, were also recommended.


Satkunanathan commended the report while stressing that Sri Lanka’s legal system, like in many other countries, despite needing to be a neutral tool for resolving issues, is actually a system of power that includes and excludes people while disciplining and punishing them. Satkunanathan also emphasised that hate speech and disinformation cannot be combatted without first combating deep-seated issues like patriarchy and institutional sexism. She also said that it is important to be mindful of who is implementing the laws that are put in place, noting that in the recent past, none of Sri Lanka’s public institutions can claim to be free of undue political influence.


Gunawardene noted that while the study was well researched and articulated, there was an over-reliance on legal analysis and recommendation, and recommended considering more interventions. Gunawardene also noted that the study didn’t fully take into account the limitations of civil society, explaining that there are huge asymmetries present between the very well-organised cyber armies that produce and disseminate hate speech and disinformation and the little disjointed, well-meaning efforts by civil society organisations and individual members of civil society.


Schwertheim, commenting on hate speech and disinformation from a global level, shared that there was no silver bullet for fighting hate speech and disinformation, explaining that it is always a multistakeholder approach that needs to be taken to handle issues of this nature effectively. The ideal vision of this kind of multistakeholder approach would be a world where technology companies are held accountable for their technology and do not allow hate speech to go viral, minimising conflict, and where the power of governments is also balanced so that dissident or critical voices aren’t silenced.


To watch the launching event of “Regulating Social Media in Sri Lanka: Formal and Alternative Mechanisms” in its entirety, visit the Verité Research Facebook page.

The Ink Station: How to become a tattoo artist

May 5, 2021 byNews Admin No Comments
In the last few decades, tattoos have gained major mainstream popularity, thanks to social media and Hollywood. This increase in popularity has led to tattooing becoming a very lucrative career path.