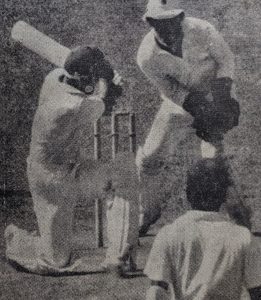 Marlon Von Hagt sweeps Pat Pocock while he top-scored, with 53 runs, for Sri Lanka Board President’s XI against England at CCC, Colombo in November 1984

Sri Lanka Representation: In an ODI of the World Series Cup in February 1985 vs. Australia at Perth (M. Von Hagt c Wessels b Alderman 8 off 17; he opened batting for Sri Lanka with Amal Silva)

Career Milestones: Part of the Sri Lanka squad for the 1984 tour of England when Sri Lanka played their first Test at Lord’s. Marlon was the 12th man 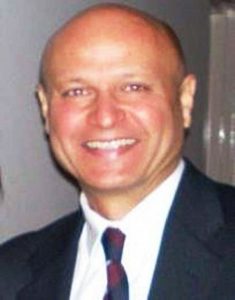 Dudley, his father’s name is his first name. And his next two names made him probably one of the most known cricketers of Sri Lanka of the eighties. Those two names are Marlon Vonhagt.

“No. It’s Marlon Von – Hagt,” said Marlon Von Hagt from Australia, when he spoke to the Sunday Morning Sports recently.

Born in low-country Kalutara before schooling in upcountry Kandy, this fair and handsome cricketer is always remembered by the ardent Sri Lankan cricket fans mostly for his flair and finesse in his batting, and also for his swift grabbing of Sir Ian Botham’s catch at Lord’s in that famous 1984 Test.

Sometime after Von Hagt’s Sri Lanka career that sadly lasted for only a single match, he went to Singapore where he studied and worked as an information technology (IT) professional. Later, after he found his life-long partner in Singapore, Marlon began his family life in Melbourne which is his new home.

Von Hagt, 56 now, says he has not been to Sri Lanka for almost five years. 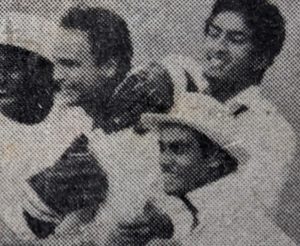 “The last time I came there was for the Trinity vs. St. Anthony’s centenary match in 2017. I will visit Sri Lanka again soon especially to see my mom, when things get settled soon in this pandemic.”

“I was 19 years when I was picked for the 1984 England tour. Aravinda (de Silva) too was there in the same side as a budding youngster. We two had been earmarked as future prospects then,” said Von Hagt.

“There was a very big competition for a third opener’s slot in the Sri Lanka side then. Sidath (Wettimuny) and Amal (Silva) were the set opening batsmen. Then there were many others like Brendon Kuruppu, Athula Samarasekera, Sumithra Warnakulasuriya, and Kapila Jayasuriya to name a few.”

“There was not much international cricket played during that time. And on the financial front too it was not really dependable. For the England trip, I must have received couple of pounds. If you can’t settle yourself in the national side by the time you are about 20, then we had to look for other options for a career. That’s what made me pursue a career in IT and subsequently ended in Singapore.” 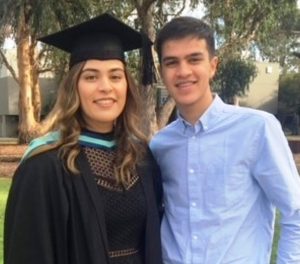 Before moving to Singapore, where Marlon also played some divisional cricket since the late 1980s, he had spent his prime time as a cricketer playing in so many ‘Board XI games’ against various visiting international sides here in Sri Lanka.

“My most memorable moment was scoring 88 runs at Welagedera for SL Colts team against touring Pakistan in 1987. Imran Khan and Wasim Akram were in their prime form that time,” recalled Marlon.

“Cricket was played with a lot passion then. We were not concerned about the commercial rewards,” he opined comparing the eras.

“The T20s have changed the game a lot. When I look at the IPL (Indian Premier League) nowadays, I can’t believe how the standard of batting has improved. The 350 for a fifty-over game has become a norm,” he adds.

“Yet in our days, we never heard anything about match-fixing. I thought we were very naïve and humble but we always produced our best and gave some tough time for some of the best countries of the world then,” remarked Von Hagt, reminiscing about the international game of the eighties.

September 10, 2019 byTSM Web Desk No Comments
Sri Lanka defeated Pakistan by 13 runs to win the third and final Twenty20 international in Lahore on Wednesday,winning the  T20 series with Pakistan.

November 5, 2021 byRevatha No Comments
Into the Past with Thilak