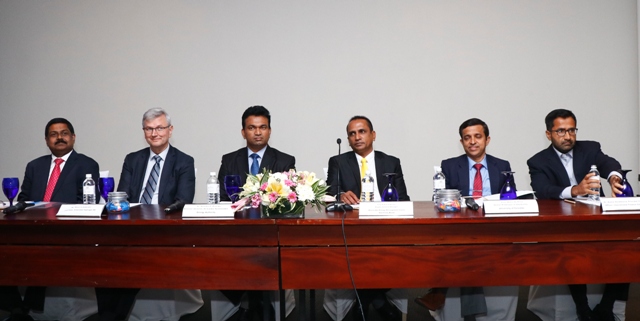 The hydropower capacity in Sri Lanka is almost fully developed in large-scale hydropower generation stations, and therefore does not need to be developed further. This provides an opportunity to develop other renewable energy sources such as solar, wind, biomass, etc.

During a recent panel discussion titled “A New Decade: Investing in Clean Energy – Drivers and Barriers”, academics and experts deliberated the feasibility of Sri Lanka transitioning to generate 100% of their energy requirement via renewable energy sources and the challenges it is currently facing in the energy sector.

The discussion was hosted by the Norwegian Embassy in Sri Lanka together with the University of Jaffna and Western Norway University of Applied Sciences.

“In the wind energy sector, we noted two 10 MW tenders through which we got a unit at Rs. 12, confirming that we can buy energy at a lower cost of generation through competitive bidding.”

In the renewable energy sector, the Government of Sri Lanka has planned several projects in order to achieve the 2050 target. With the ongoing projects, the CEB believes 365 MW will be added to the energy mix via wind and solar power generation by 2022, and the capacity will be improved with the addition of 600 MW generated from wind and solar by 2025.

The government policy and the President’s manifesto clearly state that Sri Lanka should generate at least 70% of its energy capacity from renewable energy by 2030.

Sri Lanka Sustainable Energy Authority (SLSEA) Director General Dr. Asanka S. Rodrigo stated: “The National Energy Policy (and Strategies of Sri Lanka) published in August 2019 indicates that Sri Lanka should move towards ensuring 50% of its energy is from zero-emission energy sources by 2050. There are a few projects under discussion to improve the capacity for renewable energy sources, but aspects such as the impact on the environment and transmission capacities need to be addressed before initiating the proposed projects.”

The authority looks at several technologies at present with wind, solar, and biomass being the priority. For wind power generation, the authority is looking at developing inshore as well as offshore facilities.

Moreover, it is also carrying out preliminary studies to consider wave energy and geothermal energy. With solar energy, the footprint is very high and most of the projects are lagging due to the delay in obtaining clearance for the selected land areas.

University of Colombo (UoC) senior professor of chemistry Nalin de Silva, commenting on how investors should approach energy financing, stated: “Investing in energy needs to be approached from two aspects where technology needs to be imported and established, and investing in research that would lead to discoveries in the next two to three decades.

“Unfortunately, investors are not keen on investing in energy research as the return on investment is not immediate.”

Looking at energy research, Prof. De Silva shared that one can consider novel materials that could be beneficial in the future, apart from silicone semiconductors for solar cells, such as organic and hybrid materials. The next century will be the material century.

Prof. De Silva also noted that Sri Lanka is blessed with nanomaterial, but unfortunately does not harness any of those materials. “We export ilmenite as it is, but if ilmenite is converted to titanium dioxide and purified nano titanium dioxide, our solar cell experts can use that to build solar cells rather than importing it from other countries. The value addition from ilmenite to titanium dioxide is tenfold.”

“While the world is increasing its renewable energy capacity in their energy mix, Sri Lanka seems to be reducing it. Sri Lanka has 32,000 solar rooftops totalling 250 MW of rooftop solar power, and the issue is not with the technology, but how we think about the grid.”

“To facilitate our current President’s vision, we should be able to convert a grid designed for fossil fuel to renewable energy. To get to the 80% renewable energy target, we would probably need about 13-15 GW of energy to be added to the grid in the next 10 years – that is about 1.2 GW per year. We will need about $ 10 million to mobilise. When it comes to coal power plants, every coal power plant that is added to the grid will reduce the capacity of renewable energy in the grid by 10% by 2030. Therefore, we need to rethink what we are doing and understand where the barriers are,” Dr. Ralapanawe concluded.

Teaching on the streets

May 23, 2021 byNews Admin No Comments
According to State Minister of Production, Supply, and Regulation of Pharmaceuticals Prof. Channa Jayasumana, discussions are underway between the Sri Lankan Government and various other countries to