The Ceylon Electricity Board (CEB) says there is no immediate necessity for amending the existing Electricity Act as the renewable energy development projects proposed in the new budget for 2021 could be implemented under the existing Act.

Speaking to The Morning, CEB Chairman Eng. Vijitha Herath noted that it was better that the Act was not amended as a precaution to continue with competitive bidding without opening it up for unknown issues. 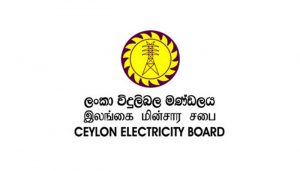 However, as learnt by The Morning, the commissioning of small-scale renewable energy plants have been delayed for many years due to the delay in approving the necessary documents by state institutions, as per the recommended tendering process.

Prior to 2017, small-scale renewable energy power plants of around 10 MW were awarded on fixed tariff without going for a long tendering process. However, due to the amendment made to the Electricity Act in 2013, and as per the opinion given by the Attorney General (AG), it has been made compulsory to follow the competitive bidding process for all power projects awarded by the CEB.

As a result, even to get the approval for the construction of a 10 MW of power plant, the investors have to follow a long documentation process which makes it impossible to complete the projects as per the schedules, it is learnt.

Meanwhile, speaking to The Morning in an earlier occasion, State Minister of Solar, Wind, and Hydro Power Generation Projects Development Duminda Dissanayake said his Ministry has identified that there had been delays in commissioning several already tendered renewable energy projects for many years and actions were being taken to expedite those projects as per the instructions given by President Gotabaya Rajapaksa.

As explained by the State Minister, earlier there had been a mechanism to award less than 10 MW power projects under a fixed tariff, but in 2017, when the AG’s opinion had been sought, the AG had informed that the CEB could award only least-cost projects and it could not go ahead with a fixed tariff system. Therefore, the competitive bidding process applied for all projects awarded by the CEB.

May 12, 2021 byNews Admin No Comments
The Auditor General’s (AG’s) Department has begun its audit on the “Itukama Covid-19 Healthcare and Social Security Fund” following a financial statement it has received from the Presidential Secretar