The repatriation of Sri Lankans stranded in the Middle East has been temporarily suspended by the Government.

The Sri Lankan mission in Tel Aviv, Israel has issued a notice stating that it was informed yesterday (25) by the government of Sri Lanka that the flight that was scheduled to arrive in Israel on Sunday (30) to repatriate a group of Sri Lankans has been temporarily suspended.

The reason for the suspension of the flight has been attributed to the lack of quarantine facilities for the repatriated Sri Lankans.

According to the Mission, the repatriation process of Sri Lankans from Israel and other Middle Eastern countries have been placed on hold until further notice. 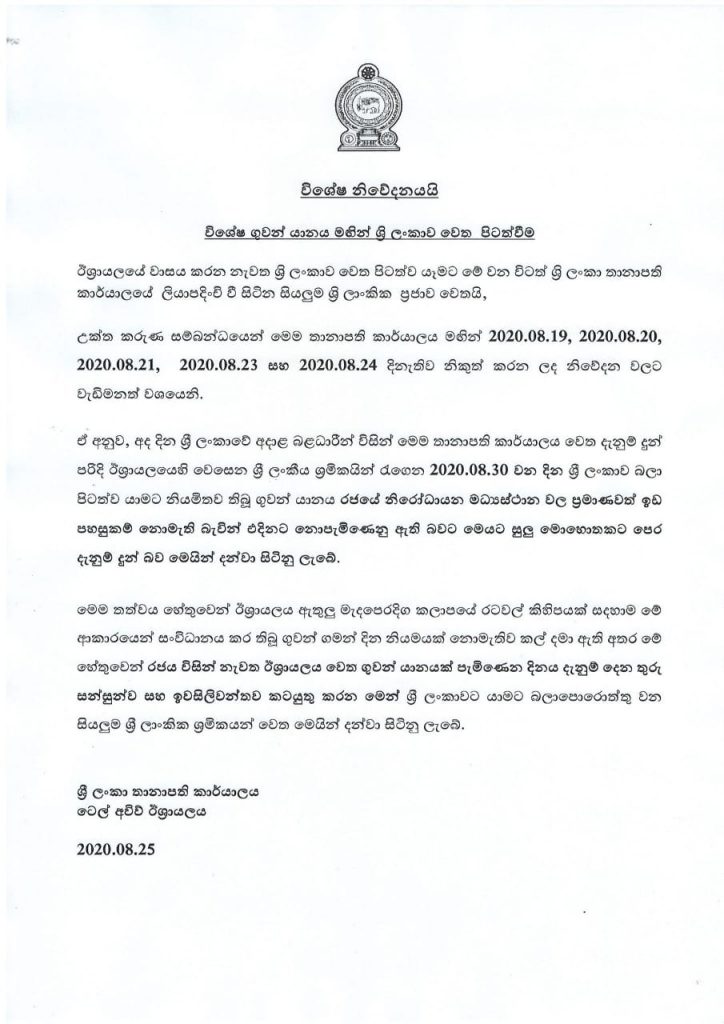 How much life is left in the 13th Amendment?

April 8, 2021 byMihi Perera No Comments
The Army Commander said that the government has decided to implement a special security plan in the country during the Sinhala and Tamil New Year as well as during the Easter week.