While enduring the third wave of the Covid-19 pandemic, Sri Lanka has to battle another catastrophe – the worst-ever maritime disaster to occur in the country – due to the fire that broke out aboard the MV X-Press Pearl vessel. After dousing the fire on the vessel, the Government decided to tow it to deep sea, and when struggling to move it, the vessel carrying tonnes of chemicals started sinking on the western coast of the island, resulting in the worst environmental threat to marine life and the fishing industry.

The Singapore-registered vessel, which was four months old, was carrying 1,486 containers including 25 tonnes of nitric acid, as well as other chemicals and cosmetics, which were loaded from Hazira Port in India on 15 May.

While marking the incident as the worst beach pollution in Sri Lankan history, in an interview with The Sunday Morning, Marine Environment Protection Authority (MEPA) Chairman Dharshani Lahandapura shared the Authority’s views on the disaster, and how the country could develop its status as a maritime hub in the future.

Following are excerpts from the interview: 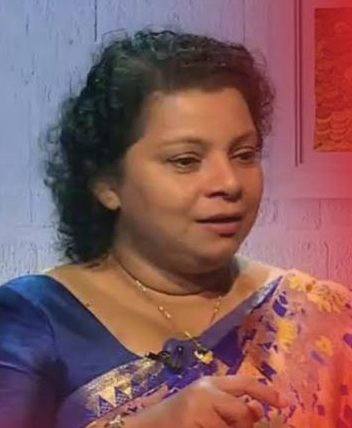 What is the present situation with regard to the X-Press Pearl vessel and the clean-up of hazardous material?

There were three salvors who did the inspection. With regard to the cleaning operation, we divided the entire process into three stages. The first step is to accelerate a proper cleaning process. For this, we are receiving assistance from the tri-forces in co-ordination with the Disaster Management Centre (DMC). We categorise such waste as contaminated or hazardous, and there are certain requirements to be completed when collecting, storing, and transporting it.

Since this is a pandemic period, we comply with all the safety regulations. All these people who are involved in the waste-collecting process are given personal protective equipment (PPEs). Normally, we conduct a daily shoreline assessment before deploying manpower. From that assessment, we identify and map out highly polluted areas. After identifying these areas, we plan the resources and manpower required for the next day. Then we communicate the process to the tri-forces through DMC and deploy them accordingly to collect the waste.

This is a cumbersome process because we need to deploy an average of 1,000 people for the cleaning procedure and for that, we need to procure PPE and meet sanitary requirements. The entire logistical part and co-ordination is done by MEPA, and I thank the MEPA team for their tireless contribution.

In the third step, we will be doing conservation and restoration, and also cleaning up some sensitive areas. Once we do the major part of beach cleaning in the affected areas, then we can commence the cleaning in the specific areas such as mangroves, corals, and also underwater cleaning. Starting from next week, we are going to conduct these three steps simultaneously.

We anyway had several plans to do the mangrove and coral restoration. If we identify any species that are affected due to the incident, we are going to develop a restoration plan accordingly to restore them. It will take some time but we are trying our best to mitigate the impact.

Was the compensation for the previous fire incident on the MV New Diamond ship received? What was it used for?

Yes, we actually claimed Rs. 442 million, which was paid in full. We also filed criminal action against the captain of the MV New Diamond, because we identified that he had not delivered due diligence and there was some negligence on his part. We filed criminal action against him in the Colombo High Court, to which he pleaded guilty and was fined Rs. 12 million. This amount was also paid in full. Those two payments had been paid in full to the Sri Lankan Government before we granted permission to the particular vessel to move out of our w

Compensation monies are to be used to ensure proper cleanup and to upgrade the existing marine conservation programmes. Has that been done?

Yes. From MEPA’s end, we actually claimed Rs. 52 million. We received Rs. 45 million, and we developed a plan for the entire restoration process. We actually have a very comprehensive plan to do restoration in those affected areas, but due to the pandemic, we have to pause all this work.

What kind of pollution prevention equipment can be used in these kinds of major maritime accidents and has Sri Lanka invested in such?

It is not only MEPA, there are many stakeholders that are involved in maritime operations. That is, the Sri Lanka Ports Authority (SLPA) and Merchant Shipping Secretariat; they are the main bodies that regulate or operate maritime activities. However, from our end, we also have pollution prevention equipment such as pollution control booms, absorbent pads, etc.

There is certain equipment that we need to have, and I think if we want to become a maritime hub, we need to improve MEPA’s capacity, resources, and expertise, as well as other institutions involved in this sector.

The quantity of marine life pollution in Sri Lanka including hazardous materials?

Reports on the X-Press Pearl fire and pollution have also stated that the crisis could have been avoided had the Sri Lankan authorities been astute. Do you agree with this?

No, I don’t agree with that. We have taken maximum precautions and as a team, we co-ordinated and did an inspection and had discussions. We also advised the local authorities, but that was a very unfortunate incident, mainly due to bad weather. When explaining the area of my expertise, I was supposed to be prepared for the possible oil spill. For that, we contacted the International Tanker Owners Pollution Federation (ITOPF).

When we had discussions with them, we had prepared a module with the situation of the vessel at that time. During that period, we could not control the oil spill in that particular area where the fire on the ship was raging, due to the bad weather at that time. But the only option available at that time was to douse the fire, and the only option MEPA had was to conduct the beach cleaning. We had a low-pressure cyclone during the particular period that the fire broke out in the vessel, and the speed of the wind was very high and the sea was very rough at that time. I was told that even tugboats managed with the greatest difficulty during that period. It was a collection of disasters – bad weather, on top of which the vessel had a mixture of chemicals, and suffered a leak.

We also advised the owner of the vessel to get local or foreign experts’ advice to curtail or avert the fire and the oil spill, and to bring the situation under control. And then, they appointed salvors – one of the world’s most highly recommended salvors who came from the Netherlands. There were 12 salvors in the team, but they also couldn’t do much.

Are Sri Lankan laws sufficient to address such issues?

We have our Marine Pollution Prevention Act, No. 35 of 2008. In that, we have provisions up to some extent. However, we identified that there are many areas in which we have to improve. So accordingly, we have done an amendment to the existing Act and we have submitted it to the line ministry to get Cabinet approval. So, we are in the process of amending the Act and last year, during the lockdown, we invested a lot of time to do these amendments.

How long will it take for marine life to get back to normal after this incident?

For that, I think we need to have more scientific evidence to say something concrete. When we got to know about the situation, we immediately accelerated the expert channels, which comprise nearly 28 officials. Experts from the fields of chemicals, engineering, environmental economics, fisheries, and biodiversity panels were appointed, and we met online and did a rapid assessment on the environment, biodiversity, and all other areas. We are waiting for the panels to come up with the answers and only then, can I deliver a solid answer.

What are the steps being taken to assess the damage caused by the debris, fumes, and harm done to the environment? How would it be assessed?

We have identified economic, environmental, ecological, and social losses. Basically, for economic losses, we can say that the fishery ban is a direct loss, while there are other indirect economic losses that are connected to this area. There are environmental losses and we are in the process of identifying them.

Some collected samples have already been sent to the Government Analyst and we are waiting for the reports. Based on that scientific evidence, we can figure out the environmental impact and only with that can we forecast the solutions. The only concern I have is these plastic pebbles, but I was informed that there are certain mechanical ways to eradicate those plastics.

What is the impact on fish and fishermen?

I don’t think it will be a long-lasting issue, because the chemicals onboard are highly reactive. The impact to seawater or marine life just because of those chemicals is actually very short term.

What is the present situation to prevent ocean pollution due to plastic? Are there any current studies and plans by MEPA to address all sorts of marine life pollution issues?

There are many steps taken by the Authority. We introduced waste strainers or waste traps. We are using these strainers to block the plastic waste that comes to the sea through small waterways. Last year, we put 48 such strainers, and this year it is planned to install 70 more. We have also appointed beach caretakers; we appoint Samurdhi beneficiaries to these positions. We assigned a stretch of coastline to each of them, roughly 1 km, and we assigned them to clean the area daily. For this, we have partnered with another public company and they are paying a monthly fee to these beach caretakers.

Also, we have another concept called the school marine group, where we educate students on marine life and how to dive. Even though we are an island, we are not a maritime nation. We don’t think about the employment opportunities from the sea. If we take the seafarers we have in the country, the percentage is very limited.

Are there any legal issues of losing the compensation if we tow the vessel into the deep sea?

No, it is not like that. We met all the relevant institutions and got to know that keeping the vessel in close proximity to the Colombo Harbour is harmful. There was a suggestion to move the vessel further to the west and keep it there under our custody. We are not moving it away from our territory.

April 2, 2021 byNews Admin No Comments
There has been great concern among Sri Lankan consumers over the past few days following the detection of substandard coconut oil containing a carcinogenic named “aflatoxins” and a full-blown investig

September 6, 2020 bythemorningeditor1 liberty No Comments
The CEB decided to cancel the legal consultancy agreement entered into with an external lawyer to draft agreements related to the formation of a joint venture with CMEC for a 300 MW extension