December 5, 2021 by Ruwani Fonseka No Comments

Hambantota-based 12 Division troops of the Security Force HQ – Central adding their weight to the Army’s ongoing house construction project for needy civilians put up one more new house for Mr P.S Wasantha in Gothameegama in Kataragama considering his miserable plight with family members with the support of a retired Army Officer.

This was made known via the Sri Lanka Army website today (05).

On Tuesday (30) November, the Army-built new house was vested in the beneficiary during a simple ceremony, headed by Major General Prasanna Ranawaka, several representatives of the donors and Army personnel after observing house-warming formalities and traditions.

Commander, 122 Brigade, Brigadier Janaka Pallekumbura, along with several other junior officers and other ranks participated in the simple ceremony following health guidelines.

Several Officers, relatives of the beneficiary and civilians in the area joined the house warming ceremony. 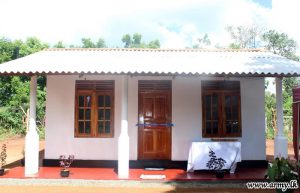 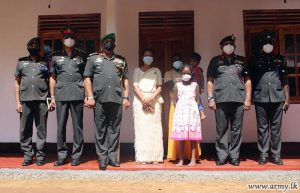 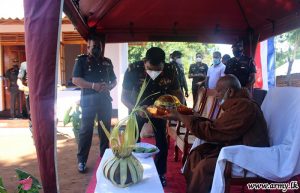 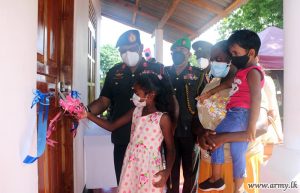 February 17, 2021 byMihi Perera No Comments
For the impending university year, a total of 500 University lecturers are to be recruited and the recruitment is currently in progress, stated Professor Sampath Amaratunga, Chairman of the University

Countries should take action against COVID-19 ‘infodemic’: WHO

September 24, 2020 byCharindra No Comments
The UN and partners have urged countries to take urgent action to address what they have described as the “infodemic” that has surfaced in tandem with the COVID-19 pandemic, both in the real world and