By Revatha S. Silva and Vernon Tissera in Melbourne, Australia 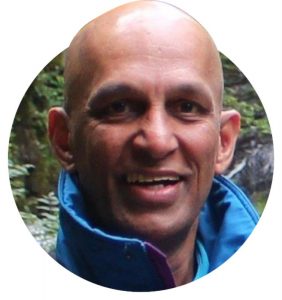 If you are around 50 years old and following cricket, the name Ravi Ratnayeke ought to be in your mind. Ratnayeke was one of the main fast bowlers and a tremendous all-rounder of the Sri Lanka team in the decade of 1980.

He first played for Sri Lanka at the age of 21 in 1982 in the country’s third Test and retired in 1990 at a time when the country was on the threshold of a cricketing resurgence – they were to become world champions in mere six years from his departure.

The formative days of Sri Lanka’s Test cricket under Bandula Warnapura, the 1982 Rebel Tour, the days under Duleep Mendis, and the period of transition with Arjuna Ranatunga at the helm – this was the 80s of Sri Lanka’s cricket, and Ravi saw them all!

Soon after retirement, Ratnayeke went to play domestic cricket in Australia and later settled down there. Now residing in Rowville in the outskirts of Melbourne in the State of Victoria, Ratnayeke spoke to The Morning Sports on the early days of his career, his most memorable moments in international cricket, his life in Australia, his observations on today’s game, and much more.

Below are excerpts of the interview:

Q: How are you spending your time during this time of the pandemic?

A: I need to work and I’m fortunate to do so during this difficult time as my firm (global packaging company, Amcor PLC) is considered an essential service here in Australia.

Q: How did things go after your international retirement in 1990?

A: I started playing professional cricket for Preston CC, Melbourne for six, seven years. Old Peterite Rohan Paulpillai and the Malinga-like slinger Sanath Sirimanne were my team-mates. Then injuries started to bother me. Yet, I continued for another four, five years with Moorabbin CC, also here in Melbourne, but more as an amateur.

Then I was into a little bit of coaching, but I didn’t enjoy it that much. My two boys too started playing cricket. It was more time visiting the surgeon rather than going for practices. Then I started playing golf as a past-time. Now I follow cricket, particularly of Sri Lanka and Australia. I regularly visit Sri Lanka, mainly to see my parents. I continue to have close contacts with Sidath (Wettimuny), Amal (Silva), and Ranjan (Madugalle), as well as Arjuna (Ranatunga) and Aravinda (de Silva).

Q: What are some of your memories of schooldays?

A: First, I was at the boarding school at St. Anthony’s (Katugastota). During the last six years, I was at Trinity (in Kandy). I got noticed at the Under-19 level. At 18 years, I joined the NCC when Ranjit Fernando was its Captain. The seniors there were Tony Opatha, the late Sridharan Jeganathan, and Jeryl Woutersz; and I was with the youngsters like Ranjan Madugalle and Yohan Goonasekere.

Q: Some say you would have been included in the inaugural Test against England in 1982. Your thoughts?

A: I took a five-for in the practice match before that Test, playing for the Board President’s XI. I think we went to the Test with the right strategy: Spin was the option. You don’t plan to beat England depending on pace.

Q: Was Sri Lanka’s ‘rebel’ tour to the Apartheid South Africa in 1982 under then Test skipper Bandula Warnapura a major setback in our country’s cricket?

A: I would say both yes and no. Yes, because we lost our most experienced players who could have been more competitive in the following years. In that way, it was detrimental to Sri Lanka’s cricket. It’s a no because the tour gave an opportunity to young and talented players. Ranjan, Arjuna, myself, Ashantha (de Mel), Roger (Wijesuriya) – we were pushed up to become more positive after that tour and the subsequent ban that tour party suffered.

Q: What are the most memorable moments in your career?

A: Obviously, first is taking eight wickets against Pakistan at Sialkot. Secondly, my last Test played in Hobart in 1989. Actually, we should have won that Test. (Chasing a massive 522 to win, Sri Lanka were 187/3 at point early in the last day of the Test).  I (he score 75 runs in the second innings) shared a solid stand with Asoka de Silva (124 for the seventh wicket with Silva making 50 runs).

Later I came to know that at some point of the match, the Australians had been convinced that they were going to lose that Test. They said they were saved on the moment they took my wicket. Ian Healy took a great catch behind the wicket diving onto his leg side (off Greg Campbell), which he has said was one of his best catches.

In the first Test in the same series (at Brisbane), there was a phenomenal total of over 400 runs (418 with Aravinda de Silva scoring 167) made by us when everyone though the match would be over under three days. I scored a fifty. (Ravi made 56 runs and shared a record 144 runs for the seventh wicket with de Silva and the match ended in a draw.)

Q: Where were you when Sri Lanka won the World Cup six years later under Arjuna?

A: Did not have a better moment, with more than a few beers at one of my friends’ place here in Australia! I still remember. It was one of the biggest parties. Arjuna, Aravinda, Roshan (Mahanama), Asanka (Gurusinha) – most of them were my teammates.

Q: How do you see Sri Lanka’s cricket now?

A: Sri Lanka’s cricket has evolved a lot since our time. They have got more professional. They get the benefit of a lot of coaching.

We always have fabulous players, but what is disappointing is that some of our players don’t appreciate the opportunity they have been given. They don’t commit themselves. Sangakkara, Mahela, Thilan, and Malinga – such players trained hard and produced results. But as of late, some of our players have not been managed properly.

In our days, players of other countries were professionals, but we were amateurs. We became better gradually.

During Arjuna, Sanath, and Mahela’s days, we had good batsmen who could have put a lot of runs on the board so that our bowlers could defend. Now our batting has become shockingly bad. It is not a reasonable batting unit. As of late, it was only Mathews whom we totally depended on.

Q: What is your opinion on the Australian structure?

A: Cricket is their number one sport. It’s a huge thing here. It has a long history and a lot of expectations. The board is wealthy and the players are very well looked after. There is a lot of focus and great infrastructure. There is a solid first-class structure. After state level, it is down to individual players to develop.

Q: And the Sri Lankan situation in comparison?

A: Our junior system is really good, but the problem is in the management level. Sri Lanka’s Cricket Board is a prehistoric animal. It does not have an administrative practice that a modern cricketing country requires. It should change now. It is politicised a lot and is a great drawback. The quantum of money they have must be spent on the development of the game, not for selfish reasons.

* Siblings: Ravi is the eldest of three children. He has a younger brother and a sister

* Playing role: Right-arm fast-medium bowler and left-handed batsman. He opened bowling for SL while he batted both as a middle-order and an opening batsman

# Scoring 93 runs against India in a Test as an opening bat, partnering Sidath Wettimuny for 159 runs

# Debuting in Sri Lanka’s second Test, and the first away from home, in Karachi in March 1982. Saleem Malik made his Pakistan debut in the same match

# Playing in the historic Chepauk Test in September 1982, the first against India, and opened batting with Bandula Warnapura in the second innings. He also opened bowling in the same match too, with Ashantha de Mel

# Played in the first-ever Asia Cup, held in Sharjah sponsored by Rothman’s, in April 1984. Sri Lanka were the runners-up in a league-format tournament 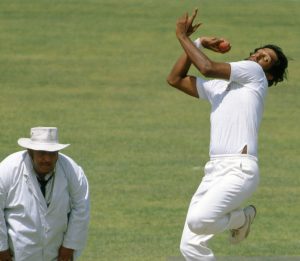 Ratnayeke bowls in the first Asia Cup, against Pakistan in Sharjah in April 1984 as umpire Swaroop Kishen looks on 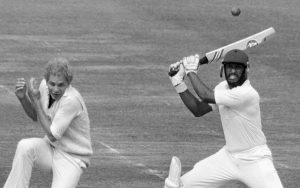 # In ODIs, Ratnayeke featured in the January-February1985 Benson and Hedges (B&H) Tri Series and the subsequent B&H World Championship of Cricket, held in Australia

# Played in the CCC Test match against Pakistan in March 1986, where Sri Lanka recorded their second Test victory. He took 5/37 in the second innings 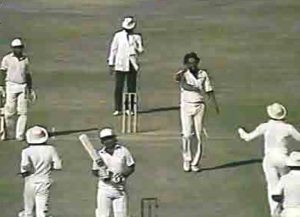 Taking 8/83 against Pakistan at Sialkot in October 1985 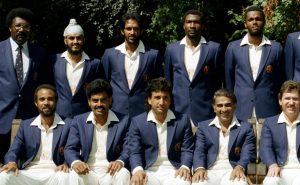 # Played in the 1988 Wills Asia Cup, which Sri Lanka lost to India by six wickets in the final in Dhaka

WI tour to be rearranged as a limited-over series?

February 10, 2021 byRevatha No Comments
Sri Lanka’s tour of West Indies, which now looks an almost nonstarter, could be held as only a limited-over series, The Morning Sports learnt yesterday (9)