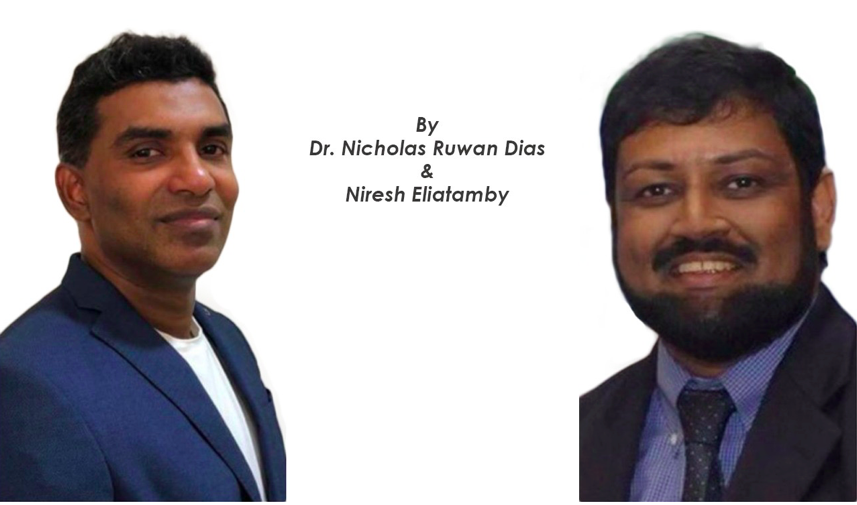 Rich vs. poor amidst Covid: The economic genocide of 2021

January 3, 2021 by Nethmi Liyanapathirana No Comments

“All men are created equal under God.”

– Thomas Jefferson in the US Declaration of Independence (1776)

Billions in the developing world are in the Titanic’s third class right now, watching many developed-world governments hoarding Covid vaccines, knowing this would probably lead to hundreds of thousands of – if not millions – deaths in the developing world during 2021 and 2022. The rich nations are the first class who can afford to pay for their safety.

Sri Lanka is one of 67 poor nations identified as likely to be among the last on the list of countries that would receive sufficient quantities of the vaccine.

How is this not genocide? Or at least indirectly but knowingly causing genocide?

The world has not seen a genocide of massive proportions since Cambodia in 1975-79 where up to three million people died. During the half-century since then, genocides have mercifully been limited to the hundreds of thousands killed as in Bosnia, Rwanda and Darfur. If it happens, a Covid vaccine genocide would be a rare genocidal event in the 21st Century.

The only notable genocide in this millennium has been the 2003 Darfur genocide in Sudan, where approximately 400,000 people have been killed in attacks by pro-government forces at war with separatist rebels. But chances are we will witness one next year, in which over a million could die. After all, 1.6 million are already dead in less than a year, and the daily global death rate is at an all-time high of almost 13,000.

But the world is standing around, watching the rich nations snap up the precious stocks of vaccines (Fig. 1). 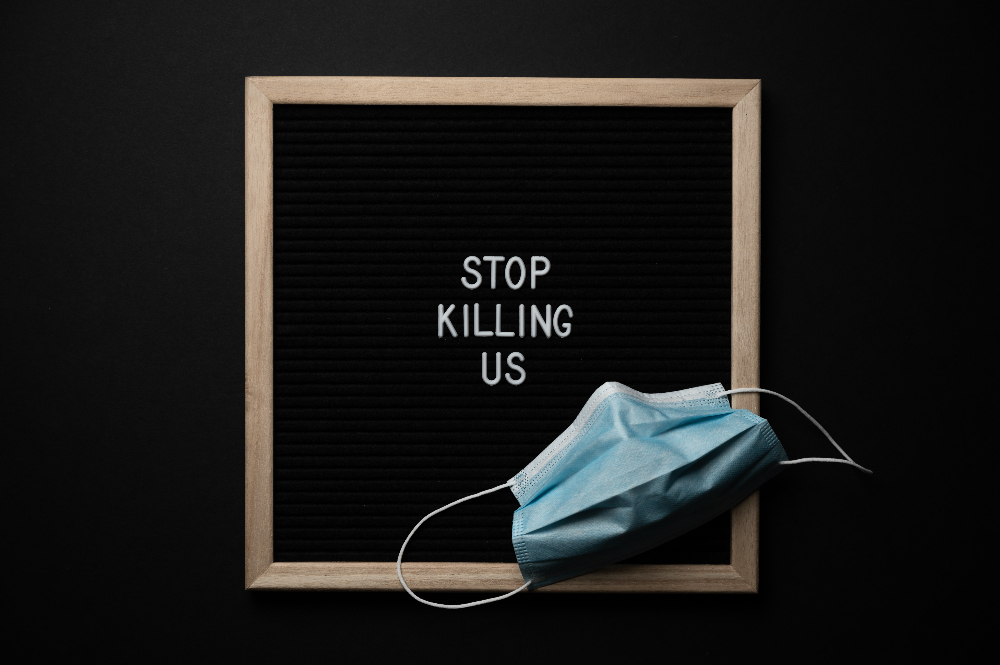 Akin to the Bengal famine genocide

If you think genocide is associated only with violence, think again. Wars without violence are not new – neither are massacres. The 1943 Bengal famine saw up to three million die due to the denial of food to millions of Indians by the British rulers’ wartime policies. Many scholars have classified the Bengal famine as genocide.

There have been other economic genocides before on smaller scales, mainly where economic sanctions by rich and powerful nations against poorer nations have led to malnutrition, disease, and deaths among civilian populations, but nothing in recent times on the scale that we are likely to witness in 2021.

Global health authorities and pharmaceutical companies have estimated that for a nation’s population to develop a minimum level of immunity to Covid, at least 70% of the population needs to be vaccinated. But look at the undeniable facts that have been presented by the World Health Organisation (WHO), Amnesty International, Oxfam, and many other responsible global organisations:

Difference between genocide and ethnic cleansing

Some may argue that “genocide” is usually associated with targeting a particular ethnic or religious group such as the Jews or the Armenians. That’s confusing genocide with “ethnic cleansing”. The Cambodian genocide, for example, was carried out by that country’s Khmer Rouge Government against its own population with no particular regard for such differentiation.

If it happens, and we pray it doesn’t, the 2021 Covid vaccine genocide would broach a new frontier in the definition of genocide – that of the world’s rich involved in actions that knowingly result in the mass deaths of large numbers of the world’s poor.

One area of contention in legal terms would be the “intent” or “motive” of the developed world’s governments. One could argue that they don’t really mean harm to the developing world. Those responsible for the Bengal famine might have argued the same. Yet, no rational human being could truly believe such an excuse. If you know your actions may result in the deaths of a million people, then are you not responsible for causing genocide?

The fear that rich nations would grab the vaccine stockpiles was first voiced at fora such as the WHO as early as April 2020. That nightmare scenario is now coming true, with many developed governments doing exactly that. Where is the compassion towards the elderly, infants, children, and women in the poor nations? Where are the human rights that the rich countries of the West take every opportunity to preach about to the developing world?

When genocide is caused by war in some developing nation or between poor nations, there’s global condemnation, economic sanctions, action by the International Criminal Court, etc. But in this case, where the perpetrators are all powerful due to their wealth, the leaders of the developing world, so dependent on the rich countries, are largely silent.

Vaccine producers themselves are on perilous moral, if not legal, ground. In almost every legal system around the world, no one has the right to choose who lives and who dies because of the financial gain the rescuer will get. Will we see courts in developing countries issuing warrants in the future for the arrest of CEOs of pharmaceutical companies?

The definition of “genocide” is a contentious one because it’s a relatively new word in the English language, and various scholars and conventions have come up with different definitions. The term “genocide” was invented in 1943 by Raphael Lemkin, a Polish lawyer of Jewish descent who migrated to the US to describe German war crimes during the Holocaust. But different types of mass killings have led to the definition changing over time, principally due to differences among the types of victims, the states, or organisations that the perpetrators belong to, and the method of slaughter.

UN General Assembly Resolution 96 of 1946, which affirmed genocide as a crime under international law, defined it as “a denial of the right of existence of entire human groups” and defined the “groups” as “religious, racial, political, or any other grounds”. Henry Huttenbach (1988) defined genocide as “any act that puts the very existence of a group in jeopardy”. Scholars John Thompson and Gail Quets (1990) defined genocide as “the destruction of a group by purposive action. This allows the role of intentional action to be explored, different subtypes of genocide to be compared, and the impact of different factors on genocide to be examined empirically”. Stephen Katz (1994) noted that genocide extended to the destruction of economic groups as well as other types of groups.

Such a genocide scenario may be a new frontier in legal scholarship. But there are plenty of moral aspects that could be used in legal measures. These include human rights referred to in the US Declaration such as the Right to Life and Right to Equality, the UN Human Rights Charter, the 1948 Universal Declaration of Human Rights, etc.

A key document is the 1948 UN Convention on the Prevention and Punishment of the Crime of Genocide, which has been ratified by 152 nations (the US took 40 years to do so), as shown in Fig. 2. It includes the point that genocide could be “committed in time of peace or in time of war”.

Article 2 of the Convention defines the crime of genocide and is quite broad, if not comprehensive. It could be argued that several of the subclauses of Article 2 could be applied in the case of genocide by withholding Covid vaccines.

Article 3 of the Convention defines the crimes in terms of what can be punished, as any of the following:

(b)  Conspiracy to commit genocide

It could be argued that we are currently witnessing a transgression of Article 3(e), “complicity in genocide”.

Article 4 defines possible perpetrators as “rulers, public officials, or private individuals”, which again is very comprehensive since it covers governments and private sector companies and executives.

Sri Lanka is a case in point

Sri Lanka is a prime example perhaps of the situation of poorer nations. To purchase sufficient doses of vaccines to cover 70% of our two million population would strain our economy too far. We are also not militarily or politically important enough to demand a proper share of vaccines from any of the producer nations. In this, our strict non-aligned stance is working against us.

We have appealed to the UN/WHO which has promised to help, but as of now, the indications are that we are unlikely to receive sufficient quantities for more than 20% of the population by June 2021 from the COVAX stocks, and even this number seems ambitious. It would thus be 2022 by the time we receive sufficient stocks of vaccines, despite appealing to every country and organisation that we know of. In fact, there are many nations that are far worse off than Sri Lanka. 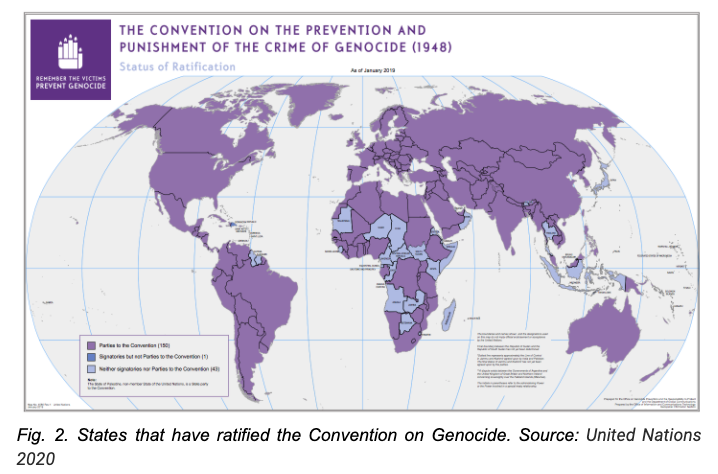 The genocide that was most widely publicised as it happened was Rwanda in 1994, where modern communication methods provided full details as it unfolded. But the world stood by as 800,000 people were butchered, one of the greatest failures of the UN and the global powers. Is another Rwanda happening in front of our eyes with the hoarding of the Covid vaccines?

It’s time the world takes concrete steps to prevent a global humanitarian disaster. Let’s stop behaving as though we’re the band members on the Titanic.

Dr. Dias is a digital architect and educationist based in Kuala Lumpur, Malaysia. ruwan@cogitaro.com.

Eliatamby is an author, journalist, and educationist based in Colombo, Sri Lanka. niresh@cogitaro.com)

May 27, 2022 byNews Admin No Comments
Surekha Kern recently joined Snap Inc. in a newly created role, as Head of New Business EMEA (Europe, Middle East, and Africa). She will be based in London, reporting to Director of Emerging EMEA Sam