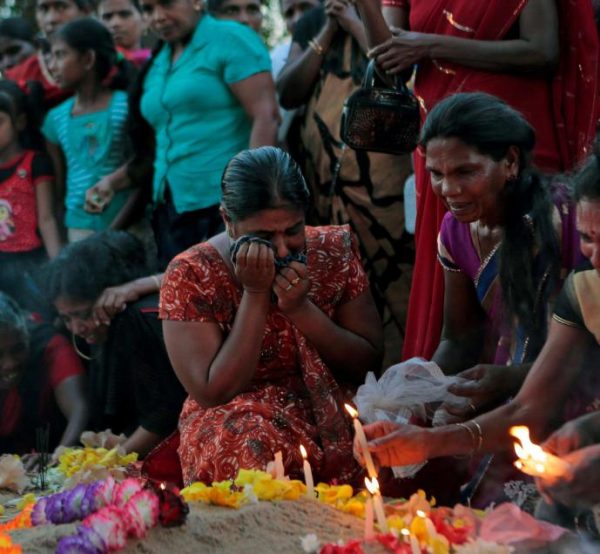 Ten years since the end of Sri Lanka’s brutal civil war, the government has failed to provide justice for the conflict’s many victims, Human Rights Watch said today. The conflict ended on May 18, 2009, with the total defeat of the Liberation Tigers of Tamil Eelam.

“The end of Sri Lanka’s long civil war in May 2009 provided an opportunity not only to rebuild shattered lives and society, but also to restore respect for rights and the rule of law,” said Meenakshi Ganguly, South Asia director. “Yet successive Sri Lankan administrations have frittered away this opportunity, failing to investigate atrocities by both sides, hold those responsible for the worst crimes accountable, or provide truth and reparations to the victims.”

Under Human Rights Council Resolution 30/1, Sri Lanka committed to 25 key undertakings across a range of human rights issues. A core pledge was to set up four transitional justice mechanisms to promote “reconciliation, accountability and human rights” in the country. These included an accountability mechanism involving international judges, prosecutors, investigators, and defense lawyers; a truth and reconciliation mechanism; an office on missing persons; and an office for reparations.

On the tenth anniversary of the end of Sri Lanka’s three decade-long internal armed conflict, Amnesty International calls on the government of Sri Lanka to end impunity and put accountability for crimes under international law and human rights violations and abuses at the heart of its transitional justice process.

The horrific Easter Sunday attacks on 21 April 2019, that killed more than 250 people at three churches and three hotels, and the attacks that followed in its aftermath, are a reminder of the violence continues to haunt Sri Lanka.

Almost four years after Sri Lanka made commitments to transitional justice at the UN Human Rights Council in Geneva, there has been little progress on accountability for crimes under international law and other human rights violations and abuses. This failure to address key emblematic cases has hardened a climate of impunity, allowing ethnic and religious tensions to deepen social divides – such as during the recent attacks on Muslim homes, businesses and places of worship.

“It is worrying to see the recurrence of hostility and violence against ethnic and religious minorities in Sri Lanka. While the government has committed itself to a process of reconciliation, the wounds of the past will only heal if there is justice, truth and reparation,” said Biraj Patnaik, South Asia Director at Amnesty International.

“As long as there continues to be impunity for series crimes under international law, Sri Lanka will not be able to decisively break from that history.”

MPs carry out duties while in custody

November 13, 2020 byCharindra No Comments
The Department of Prisons has granted approval to Batticaloa District MP to attend a function at a kovil in the Eastern Province on Wednesday (11), it is learnt.